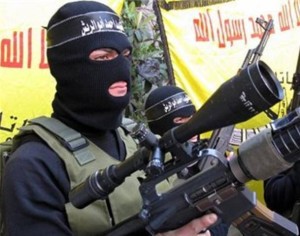 Hamas officials in Gaza boast responsibility for the terrorist infiltration into Zikim on Tuesday evening. The IDF encountered the terrorists and a shootout which continued for about an hour resulted in five dead terrorists and one IDF soldier lightly wounded.

B’chasdei Hashem the terrorists were detected and eliminated without loss of life in Israel.