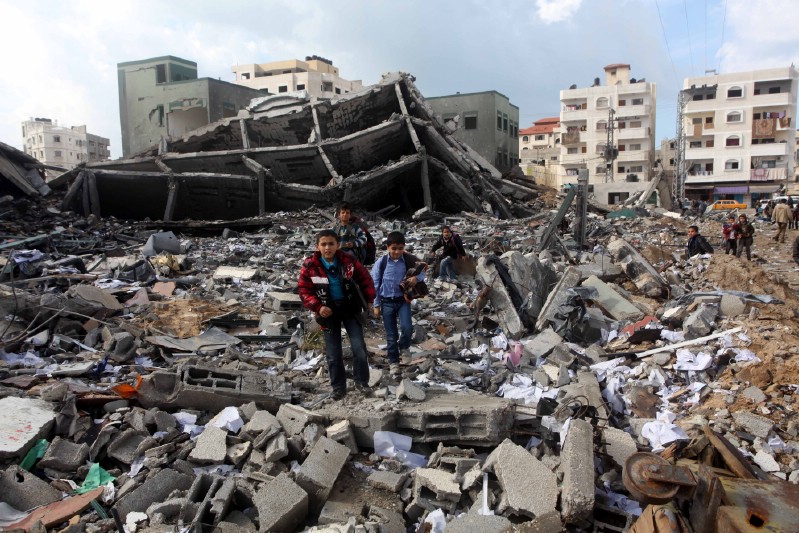 23:06: No injuries being reported as a result of rocket attacks in northern Israel.

23:03: The nifteres who suffered a fatal heart attack during Shabbos afternoon siren in Yerushalayim was reported Mrs. Esther Finkel ob”m, who appears to have been a visitor, not a resident.

22:54: It appears two rockets landed east of Nahariya and a third landed in southern Lebanon. An IDF response is expected.

Gaza reports the air force targeted a mosque used to house terrorists and ammunition. In the explosion that result, Gaza sources reporting 15 dead and 25 injured.

Sirens sounding again in the Nahariya area. There are multiple sirens in Maalot.

22:45: Sirens sounding in the northern Israeli communities of Nahariya, Shlomei and Rosh HaNikra.

One rocket launcher that was used to target Tel Aviv earlier was hit by IAF.

At least two rockets exploded in an open field in Beersheva minutes ago.

22:18: Ichud Hatzalah reports treating a total of eight people for hysteria in Rehovot and Petach Tikvah.

22:05: A man was injured from shrapnel in Rehovot. The fragments struck his vehicle windshield. There are a number of reports of shrapnel falling in the city.

22:03: At least five rockets fired at Gan Yavne and Be’er Tuvia areas. Sirens did not sound in Ashdod.

22:01: Sirens in Beersheva, Ashdod and the surrounding areas. Launch detected towards Modi’in too but sirens are not sounding. Heavy fire at Gan Yavne.

21:58: A rocket blew up between Kiryat Malachi and Ashkelon. B’chasdei Hashem no fatalities or injuries.

21:57: Walla News quotes a senior military official explaining it is most difficult eliminating the most senior Hamas leadership for they are deep underground in bunkers.

21:55: Magen David Adom is treating a number of people for psychological trauma and hysteria following the sirens sounding on motzei Shabbos in Tel Aviv, Ramat Gan, Herzliya and the surrounding area.

21:48: IAF fighter jets and helicopter gunships are targeting Gaza at this time. There is also artillery fire into open areas to prevent terrorists from gathering in those areas.

21:45: An 80-year-old woman was injured in a Shabbos rocket attack in Beersheva. The attack came after 21:00 on Friday night. A rocket that was not intercepted by the Iron Dome struck a home in Beersheva. The house was destroyed. The woman was moderately wounded.

BD”E: A 65-year-old woman died of a heart attack during the siren that sounded in Yerushalayim on Shabbos afternoon. Ichud Hatzalah reports this occurred on Menachem Meishiv Street in the Undsdorf area of the capital.

21:36: Gaza is showing Israeli live coverage of the warfare, permitting Gazans to see people running for shelter and how the Iron Dome intercepts rockets. They are also quoting Haaretz reporting there are people injured. Haaretz is reporting no such thing.

Hamas has made good on its threat to bombard Tel Aviv and Gush Dan, signaling it is capable of hitting hard and not just limited to firing on rocket here and there.

Sirens sounded on Shabbos afternoon in Yerushalayim as well.

B’chasdei Hashem in all the cities mentioned above, rockets were intercepted or landed in open areas. There are no fatalities or injuries being reported.