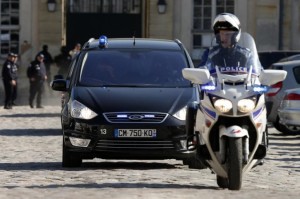 The man suspected of killing four people at the Brussels Jewish Museum in May has abandoned his fight against extradition to Belgium, meaning he could be transferred within weeks.

The lawyer for Mehdi Nemmouche said on Friday that his client, who is French and originally wanted to be tried in France, has reconsidered. Apolin Pepiezep said his client has received guarantees making it hard for Belgium to turn Nemmouche over to a third country — as he’d feared.

Nemmouche, 29, had fought with Islamic extremists in Syria. He was arrested at a Marseille bus station carrying weapons resembling those used in the May 24 killings.