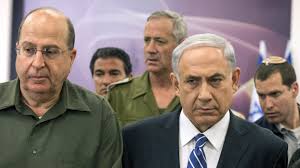 Prime Minister Binyamin Netanyahu on Friday 20 Tammuz made the following remarks ahead of a special cabinet briefing.

“This is the tenth day that Israel’s cities have been under terrorist attack. The IDF is operating against Hamas and the other terrorist organizations in Gaza from the sea and air, and now on land as well. Last night, our forces commenced a ground operation in order to strike at the terrorist tunnels that run from Gaza into Israeli territory. I remind you that it was through such a tunnel that Hamas terrorists infiltrated into our territory yesterday morning in order to perpetrate a large scale attack against Israel’s citizens. The IDF successfully thwarted this terrorist act.

“Because it is not possible to deal with the tunnels only from the air, our soldiers are now doing so on the ground. Even here there is no guarantee of 100% success, but we are doing our utmost in order to achieve the maximum. To our sorrow, a soldier has already fallen and – on behalf of all the ministers – I send condolences to his family. I am certain that I speak on behalf of all Israelis.

“My instructions, and those of the defense minister, to the IDF, with the approval of the Security Cabinet, are to be ready for the possibility of a significant expansion of the ground operation, and the chief of staff and the IDF have prepared accordingly. Last night’s operation came after Israel agreed to the Egyptian ceasefire proposal and to the UN initiative for a humanitarian truce. In both cases, Hamas continued firing. We chose to commence this operation after we had exhausted the other possibilities, and with the understanding that without action, the price that we would pay would be much greater.

“Even before we embarked on Operation Protective Edge, I spoke with major world leaders. I explained to them the impossible situation the State of Israel was facing and our need to defend our people. Since then, through constant, methodical diplomatic and media activity, we have been creating the international space – which is not self-evident – so that we can take systematic and strong action against this murderous terrorist organization and its terrorist partners. Naturally, there are considerations and facts that I cannot reveal to the public; these are complicated considerations that include, at the same time, many fronts and arenas in Israel and around the world. However, the supreme consideration that guides us is to restore the security to Israel’s citizens and to restore quiet to the country.

“The IDF is a moral military without peer; it does not aspire to harm any innocent person. We are operating only against terrorist targets and we regret any inadvertent civilian casualties. It is the terrorist organizations – which attack our cities and our civilians and use their civilians are human shields – that bear the responsibility for casualties among non-combatants.

“Now I know that in such campaigns, global public opinion always receives a distorted picture of the campaign. This is unavoidable. But, unlike in the past, this time there are many in the international community who understand that it is Hamas – and Hamas alone – that is responsible for the victims. This is important for the State of Israel.

“I would like to appeal to you, citizens of Israel. A terrorist war has been forced upon the state and this time as well, we will meet the challenge. Your steadfast fortitude gives us the ability and the time to take strong action against our enemies, and we are all proud of you. And again, I must ask that you strictly follow the instructions of IDF Home Front Command. I think that, today, it is hardly necessary to say how important this is, and I know that you understand this.

“I have met with the commanders who are leading the IDF operation, uncommonly brave, determined and motivated commanders, with strong values. I am impressed by the motivation of our soldiers, both conscripts and reservists, and their desire to take part in the campaign. They understand that their mission is to defend Israel’s citizens. Our fighters all know that they are fighting for the most just of goals – the defense of our shared home. At this time, we are all united behind the soldiers and commanders of the IDF. And I know that I speak for all of us as we support them in their mission and pray for their welfare.