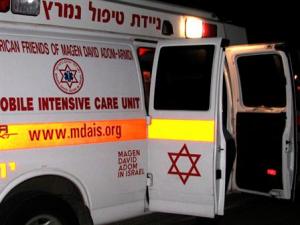 An Israeli is reportedly in serious condition after being shot by a terrorist in the Shomron. According to initial information, the attack happened near the Rachelim Junction. The shooter(s) fled the scene, and IDF forces are searching the area. The victim is reportedly 25-years-old. He was transported by Magen David Adom Paramedics to Beilinson Hospital in Petach Tikvah.

Further information will be published as it becomes available to us.