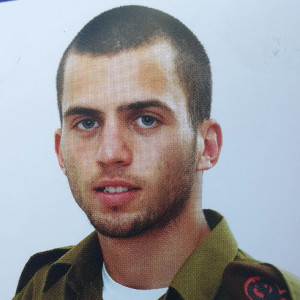 Seven IDF soldiers were killed in the Golani Brigade armored personnel carrier (APC) in Gaza earlier in the week. Using all scientific and medical technology available, experts have identified the remains of six of the seven soldiers. There has not been a trace of Sgt. Oron Shaul, the soldier which Hamas claims to have abducted.

It is now permitted to report that the APC was working to extricate a second APC that broke down. The commander and his radio man got out of the armored vehicle as they were working to attach a tow cable to the broken down APC. At that time a short range rocket was fired at the first APC. Commanders in the control center were watching the events in real time via footage from a drone surveillance craft above. They saw the APC explode into flames, commenting no one could have survived the explosion and subsequent fire.

Hamas nonetheless claims to have the soldier, not stating if he is dead or alive, adding Israel will have to pay dearly for any and all information regarding his status. Israel states that it is possible that personal effects of the soldier may have been scattered in the area, explaining how Hamas got hold of his ID card and other personal information.