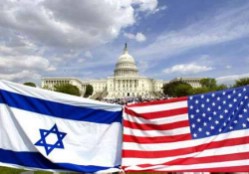 Democratic and Republican members of Congress are scrambling to seal a $225 million boost to Israel’s Iron Dome missile defense system before they break this week for a month-long recess.

But the House and Senate are at odds over process.

Jennifer Hing, a spokeswoman for the House Appropriations Committee, says no money for Israel will be included in a larger spending bill focused on border security. She says Israel could be addressed separately, or in September.

That approach is at odds with the Senate, which wants the Iron Dome money combined with border security and wildfire assistance.

As the Gaza war escalates, Israel is proving to be among the few subjects uniting lawmakers. Members of both parties have introduced legislation backing Israel, condemning Hamas and seeking a tougher Iran policy.