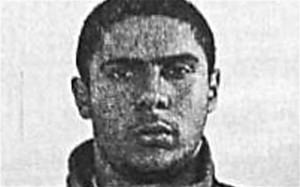 The man suspected of killing four people at the Brussels Jewish Museum in May has been charged with “murder in a terrorist context.”

One day after his extradition from France, federal police said Wednesday that Mehdi Nemmouche had also been interrogated by a counter-terrorist unit.

Nemmouche agreed to his extradition only after he received sufficient guarantees he would not be turned over to a third country. Nemmouche, 29, had fought with Islamic extremists in Syria.

On May 24, a lone gunman walked into the Jewish Museum in the center of Brussels, unpacked a Kalashnikov rifle, killed four people with a burst of fire, packed up and walked away.

Nemmouche was arrested at a Marseille bus station a few days later carrying weapons resembling those used in the killings.