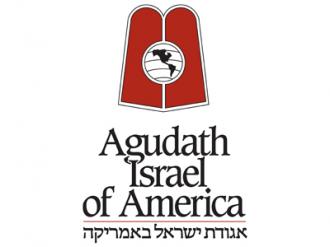 In light of the heart-wrenching events that have taken place in Eretz Yisroel over the past weeks, Agudath Israel of America has launched an “Eretz Yisroel Emergency Campaign” in order to lend a desperately needed helping hand to our brothers and sisters most affected by the massive “rocket war”  and other acts of terrorism and destruction. Aggressive and wide ranging fund-raising efforts are underway in order to raise the maximum possible amount of funds within an expedited period of time.

A committee of seasoned businessmen and activists led by Shmuel Yosef Rieder and Rabbi Shlomo Gertzulin, Agudath Israel’s executive vice president for finance and administration, will intimately oversee the distribution of the funds and ensure that every dollar is utilized to maximum effect. “The Moetzes Gedolei HaTorah of America has declared that each one of us undertake to strengthen our Torah and Tefillah as a z’chus for embattled brethren”, says Rabbi Gertzulin. “At the same time, our lay leadership has undertaken this emergency campaign to express our tangible support for those directly affected by the Gaza war, and it is incumbent upon every Yid in America to donate generously in order to maximize the financial assistance that can be provided to them.” 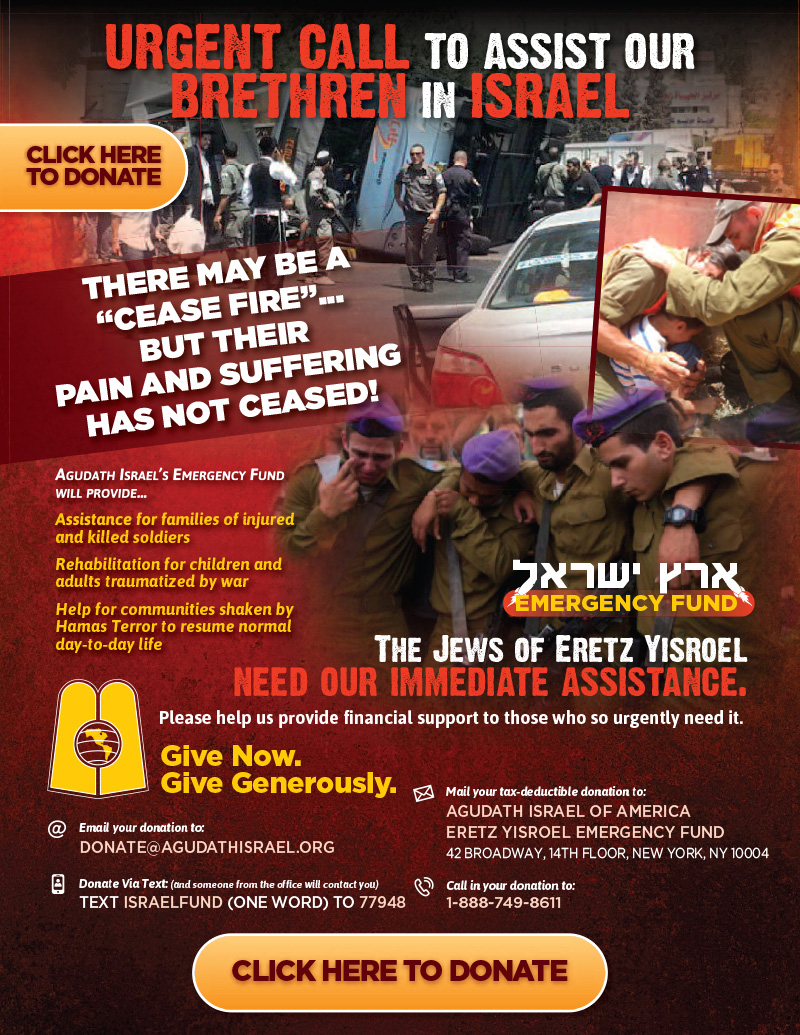 Despite the relative calm that has returned to Eretz Yisroel – for now – the devastating effects of over a month of war and trauma will weigh heavily upon its residents for a long time to come. In particular, the lives of those civilians and soldiers who have been injured will never be the same, nor will the lives of the families of the more than 60 Jews Hy”d who paid with their lives in the battle against the sworn enemies of our Nation. Similarly, countless children and adults in southern Israel have suffered immense psychological trauma due to constant rocket fire, and many have suffered direct damage to their property and/or livelihoods.

Agudath Israel of America will work together with organizations on the ground in Eretz Yisroel in order to help as many individuals and families as possible recover from their suffering through financial compensation, professional psychological treatment and other forms of assistance. Similar highly successful and effective campaigns were undertaken in the past following other devastating events, such as the Intifada, Lebanon War and bus bombings, and yielded enormous positive results.

“Agudath Israel has always been dedicated to helping Yidden around the world in any way we can,” says Mr. Rieder, a member of the committee overseeing the Eretz Yisroel Emergency Fund. “This is a crucial calling of our times. B”H our community has responded enthusiastically.”