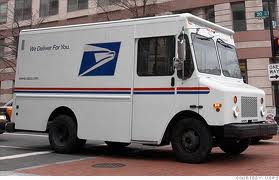 Following up on reports from around the country that some local post offices are refusing to accept mail for delivery in Israel, the Anti-Defamation League (ADL) is urging the U.S. Postmaster General to take prompt action to ensure that offices in all 50 states accept and process packages and letters destined for Israel.

In recent days ADL has fielded complaints from postal customers in Massachusetts, Michigan and New Jersey who were improperly informed that the U.S. Postal Service was not currently accepting mail for delivery in Israel due to the ongoing conflict in Gaza.

“The postal employees have told these individuals that current USPS policy says that mail to Israel cannot be accepted because of the current crisis,” said Abraham H. Foxman, ADL National Director. “Only once employees sought clarification from supervisors in Washington did these post offices accept packages and letters to Israel.”

In a letter to Postmaster General Patrick R. Donahoe, ADL indicated that some of Postal Service employees appear to have misunderstood the temporary suspension of mail delivery during a 36-hour period in July as being permanent. Mail delivery was stopped after the Federal Aviation Administration temporarily imposed a ban on U.S. flights to Tel Aviv and should have resumed immediately after the ban ended.

The League urged the Postal Service to ensure that all of its employees are aware that mail delivery to Israel has not been suspended.