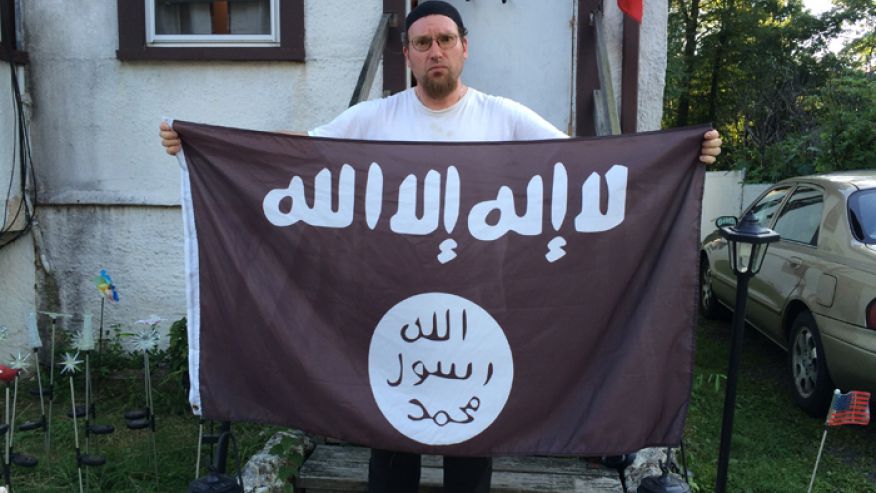 We are all familiar with Nitai Ha’arbeli’s famous teaching in Pirkei Avos, distance yourself from an evil neighbor.

Well in New Jersey, when your neighbor flies a flag celebrating the Islamic extremist group ISIS, take note of the aforementioned teaching.

PIX11 reports that concern was raised in Garwood NJ, when neighbors spotted the black Islamic flag flying high in their neighbor’s yard.  The police were subsequently called and the flag has been removed ever since. It is reported that the flag flew for about 3 weeeks. The man told NJ.com that he has flown the flag outside his home during Ramadan and on Fridays for about 10 years. It has never been a problem, he said, until as of late. 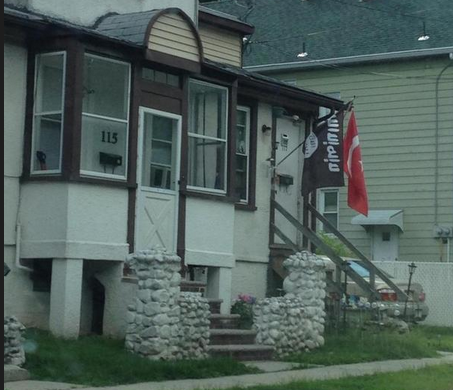 “I understand now that people turn on CNN and see the flag associated with jihad, but that’s not the intention of that flag at all,” he told the website.

The man also said the flag is not intended to symbolize violence or terrorism. “Islam is a religion of peace and unity” he stated.

The writing on the flag reads: “There is only one god, Allah, and the prophet Muhammad is his messenger.”

ISIS is known for its extreme and brutally harsh interpretation of the Islamic faith and sharia law and has a record of savage violence. It has at least 4,000 fighters in its ranks in Iraq who, in addition to attacks on government and military targets, have claimed responsibility for attacks that have killed thousands of civilians. ISIS had close links with al-Qaeda until 2014, but in February of that year, after an eight-month power struggle, al-Qaeda cut all ties with the group, reportedly for its brutality and “notorious intractability”.

the man ended his interview with the website and said “I would love to fly the ISIS flag again on Friday. I hope this situation goes away,”

Aliza Levine is a Jewish History teacher in  Boca Raton, Florida.  She is a regular contributor to TheYeshivaWorld.com