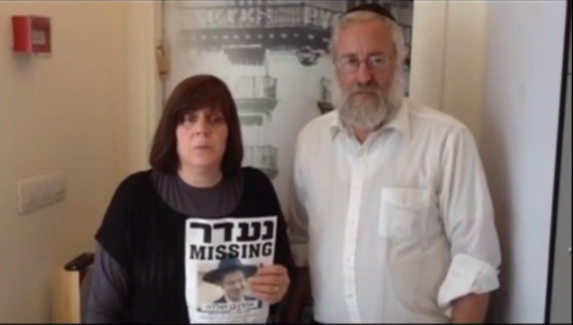 The search for Aaron Sofer has finally caught the attention of the mainstream media. Various news outlets are just waking up to the news that an American studying in Israel has gone missing without a trace. There are currently no leads that point to any direction as to the whereabouts of the missing boy. In an effort to locate missing Aaron, his parents have realeased a video pleading for public assistance in finding the boy. Fears are mounting and tensions are high as the first day of elul zman started albeit without the 23 year old boy.

A Family spokesman  said on Monday “A physically, mentally and emotionally healthy young man does not go missing for 72 hours”

His parents have announced a 100,000 ILS reward to anyone that has information leading to the finding of their son.

Aaron Sofer, 23, of Lakewood, went hiking in the Beit Zayit area of the Jerusalem forest with a friend on Friday when the two became separated at approximately 12 p.m., local time, while they were navigating down a steep incline.