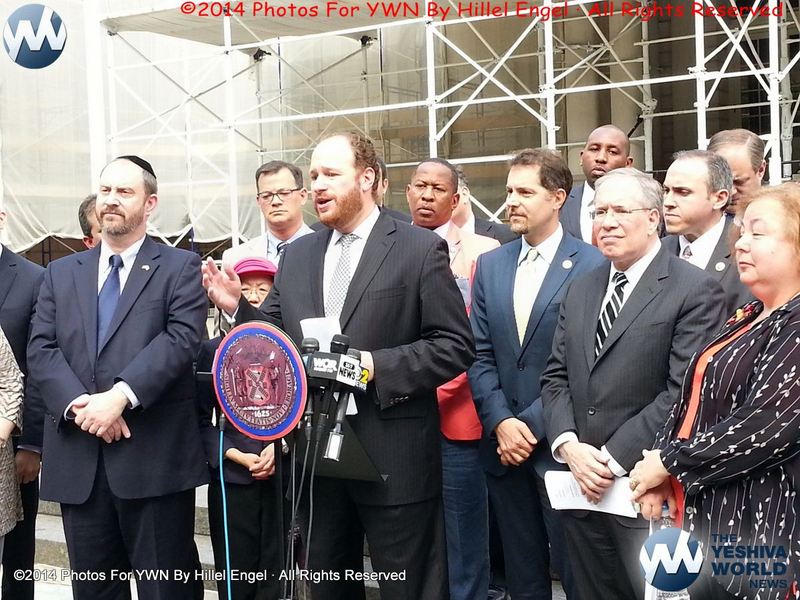 According to the NYPD in 2013 there was a total of 192 hate crimes total, 64 of them being anti-Semitic attacks including 3 assaults. Already in 2014 there have been 224 total hate crimes, 89 of them anti-Semitic in nature including 8 assaults. The stories of the attacks are loathsome. Several hate crimes have been reported this summer following vandalism, harassment, and violence against the Jewish community.

Around New York City, this spike in anti-Semitic hate crimes has spurned great concern across the five boroughs, especially in advance of the Jewish high holidays which start with Rosh Hashanah next week. The Jewish Community has historically always been a target of hate and violence during the fall holiday season which makes denouncing this trend of violence especially important now.

Anti-Semitism is on the rise internationally. Crimes of hate are ballooning through Europe where anti-Semitic crimes have been reported in the United Kingdom, France, and Germany.

“As we have seen waves of hateful violence against the Jewish community sweep across Europe we must act to stop it in its tracks here in New York City. We are standing together to make it clear that this rise in anti-Semitism is unacceptable and more must be done by our own city to ends these disgusting attacks. “It is especially urgent for us to speak up now as the Jewish High Holidays are upon us next week. We need more done now,” said Councilman David Greenfield.

“I condemn hate crimes—from the five boroughs of New York City to every corner of the globe. Our extraordinary diversity is one of our greatest strengths. As such, any and all acts against people based on their sex, race, religion, color, or creed are attacks that cut to the very core of who we are as New Yorkers and what this City has meant and always will mean to people around the world. We stand united against these crimes, confident that the light of peace and justice will always triumph over the darkness of hate and prejudice,” said New York City Comptroller Scott Stringer.

“Anti-Semitic and biased crimes have absolutely no place in New York City where people from all faiths and backgrounds come to live and raise their families. New Yorkers overwhelmingly reject this kind of hate because it runs against exactly what we are about: tolerance, inclusivity and community,” said New York City Council Speaker Melissa Mark-Viverito.

“We may have our differences, but everyone agrees that here in New York City we must unite around our shared values of respect, inclusion and acceptance. It doesn’t matter if you’re Jewish, Muslim, or LGBT-identified. Hatred in any form will never be welcome in our communities,” said Council Member Mark Levine. “I am deeply concerned about the rise in Anti-Semitic hate crimes citywide. That’s why I’m drafting a bill to push for hate crime data to be included in the NYPD’s weekly Compstat report, so we can better make sure we are giving our law enforcement officers the tools they need to catch these individuals.”

“I am incredibly disturbed and concerned about the wave of anti-Semitic and hateful incidents that we have witnessed over the past months, both across New York City and abroad. As I have said in the past, any attack against one person or community is an attack against everyone who believes in peace and tolerance. Our city’s leaders must now take steps to instill confidence in the public that we have a zero tolerance policy against hate, fear and intimidation against all New Yorkers. There is no question that international events are having an effect locally, which makes it imperative that we come together to denounce and address these incidents. It is especially upsetting to see this type of hate in Brooklyn, which is home to so many Holocaust survivors, and residents and leaders of all backgrounds must unite to say this will not be tolerated here or anywhere,” said Councilman Mark Treyger.

“Anti-Semitism has no place in New York City and we stand together in strong opposition to these disgusting acts. I am deeply troubled by the recent increase of anti-Semitic crimes in New York and we must work together to root them out in their entirety,” said Councilman Steve Levin.

“As the home of the Statue of Liberty, New York has long served as a shining beacon of hope and opportunity for people from around the world and New Yorkers from all walks of life are proud of our heritage of embracing diversity. We also know that the scourge of rising anti-Semitism in Europe is totally unacceptable and is deserving of condemnation,” Council Member Vanessa L. Gibson (D-Bronx, 16th CD), chair of the Council’s Public Safety Committee, said. “We must never forget the history of oppression that the Jewish people have had to overcome and I welcome the opportunity to work with my Council colleagues to ensure that the rights of people from all religious faiths around the world are fully respected.”

“The City needs to take this rise in anti-Semitic attacks seriously and make sure we are keeping Jewish communities safe,” said Council Member Dan Garodnick. “New York embraces its racial, ethnic and religious diversity. Hate crimes have no place here.”

“Attacks on any person based on their religion has no place in New York City,” said Council Member Mark Weprin.

“A rising tide of anti-Semitism disguised as anti-Israel protest masks the ugly truth: that innocent New Yorkers are being targeted as the victims of hate. The City will be vigilant to ensure those responsible are brought to justice,” said Council Member Rory Lancman.

“At a time of heightened security, I am grateful to the 20th and 24th precincts, who have been extremely attentive to anti-Semitic graffiti and behavior on the Upper West Side,” said Council Member Helen Rosenthal. “All New Yorkers deserve to feel safe on our streets, and our NYPD precincts have responded quickly and aggressively to anti-Semitic acts and other hate crimes.”

“Violence against one of our communities is violence against us all. We need to make sure every New Yorker knows this behavior is unacceptable and hurts every one of us regardless of religion,” said Council Member Rodriguez.

“New Yorkers cannot quietly stand by while anti-Semitic or hateful crimes rise against our brother and sisters. With such unrest in the Middle East and beyond, I am proud to stand with my colleagues today to denounce bigotry and send a clear message that when an attack against the Jewish community or any group of New Yorkers occurs, it’s an attack on us all,” said Council Member Jumaane D. Williams, Deputy Leader, Chair of the Council’s Housing and Buildings Committee.

“Intolerance, discrimination, and hate of any kind have no place in New York or anywhere,” said State Senator Daniel Squadron. “Hate crimes do terrible harm to the victims, the targeted community, and our entire city. I join Councilmember Greenfield and my colleagues in urging an energized focus especially as we head towards the High Holidays.”

“I’m stunned by the spike in crimes against the Jewish community in the last year. It’s a moral and social outrage that requires the full attention from all levels of government. I heartily applaud City Council Members Greenfield, Levine, Treyger and Levin, the Orthodox Union, and the JCRC for bringing New Yorkers together before the holiest days of the Jewish year to say we must take immediate steps to prevent these hate incidents,” said Senator Brad Hoylman.

“The recent uptick in anti-Semitic attacks like the one that occurred recently in my own district is deeply disturbing. Hate crimes against any New Yorkers are crimes against all New Yorkers — New York has a proud, centuries-old history as a multicultural city and hate has no place here. With recent developments abroad, we must be even more careful in the coming days to support and respect each other, even more vigilant against overreactions and inflammatory rhetoric, and even more committed to working together with leaders of all faiths and with the NYPD to stand together against hate,” said Senator Liz Krueger. 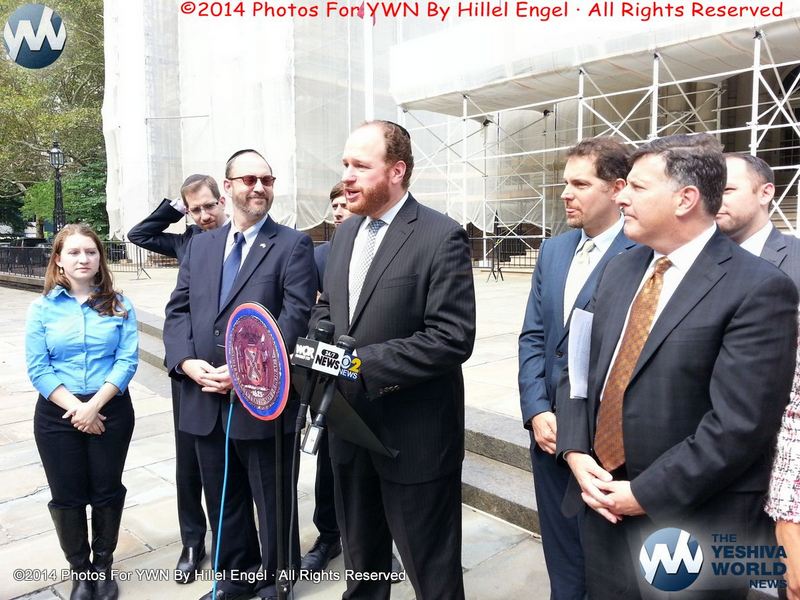 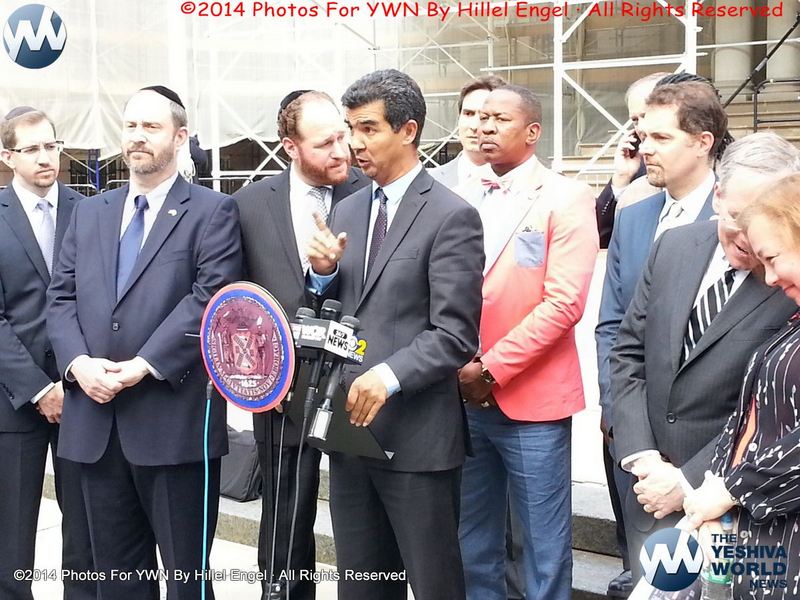 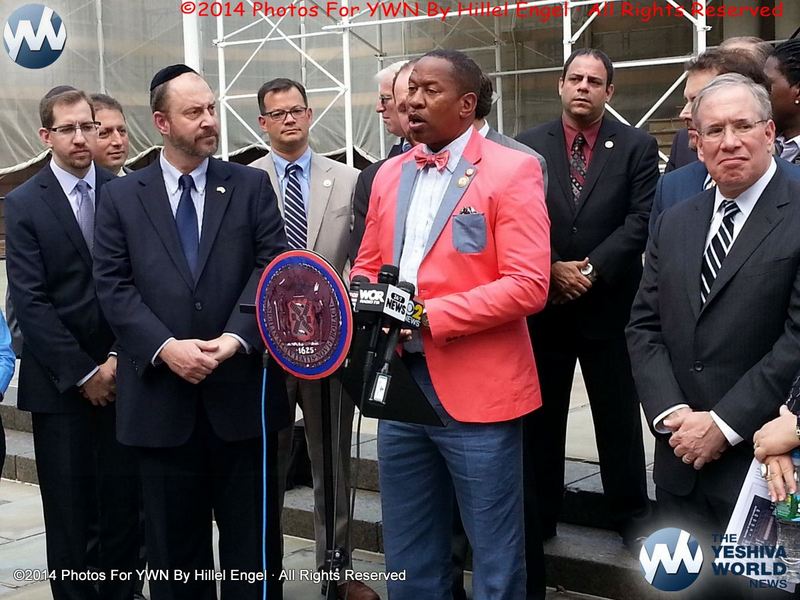 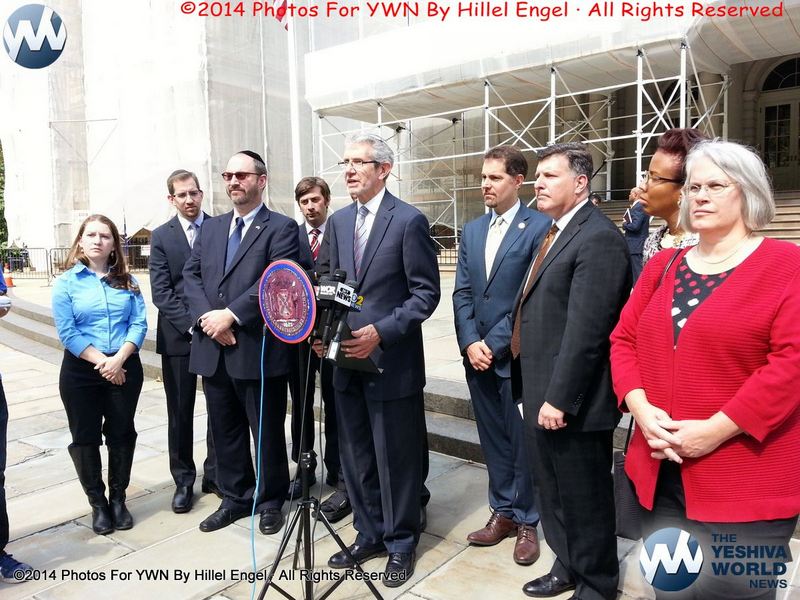 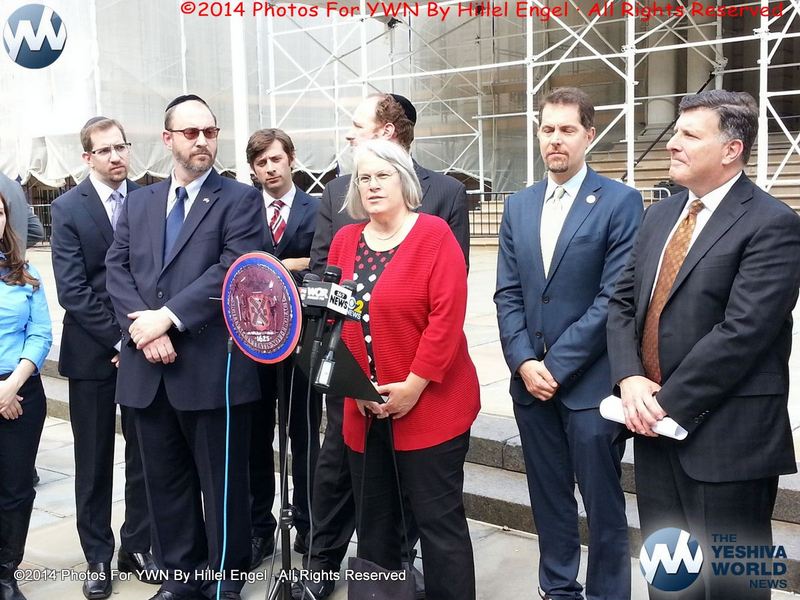 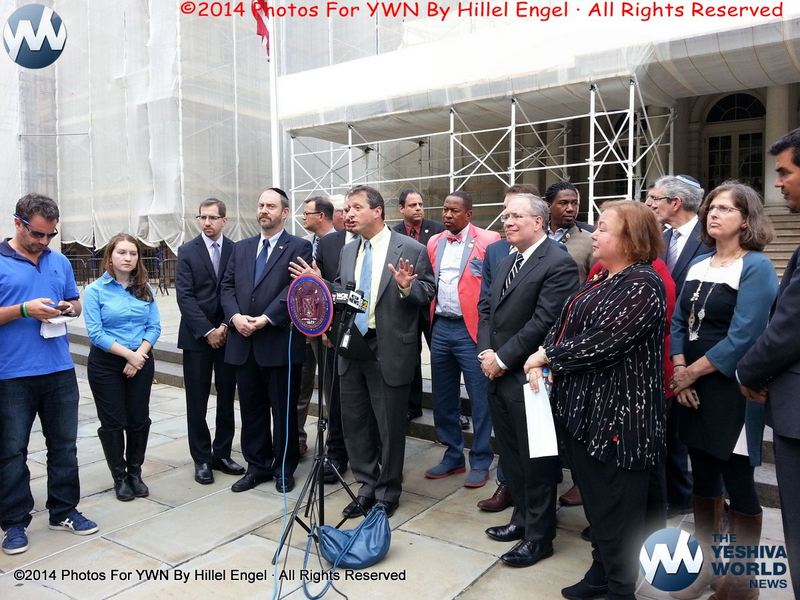 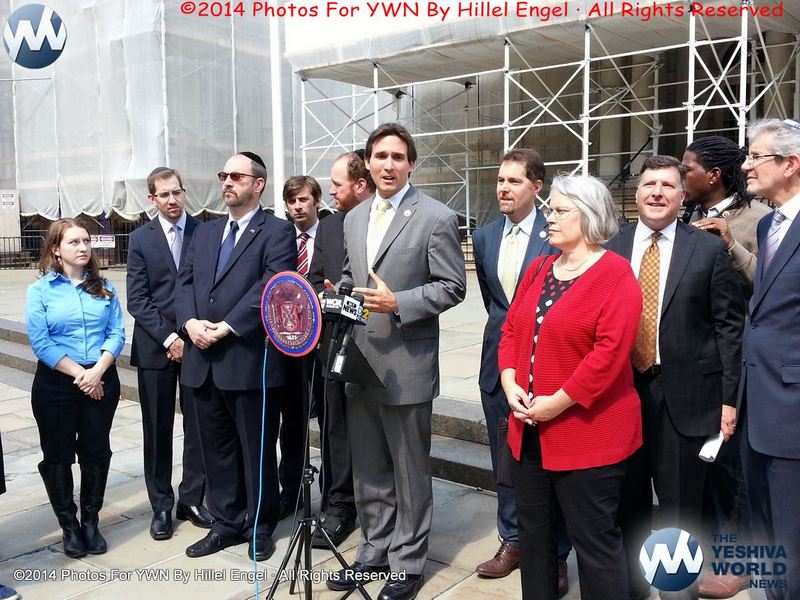 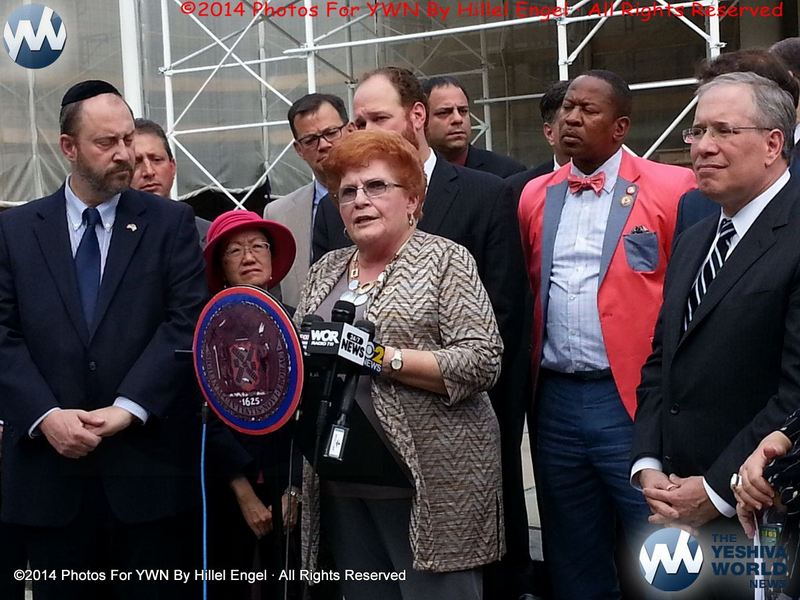 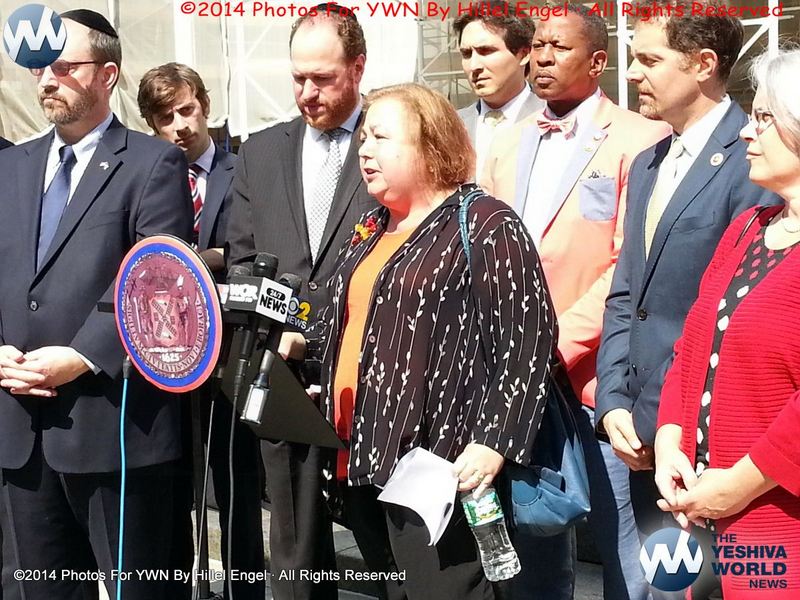 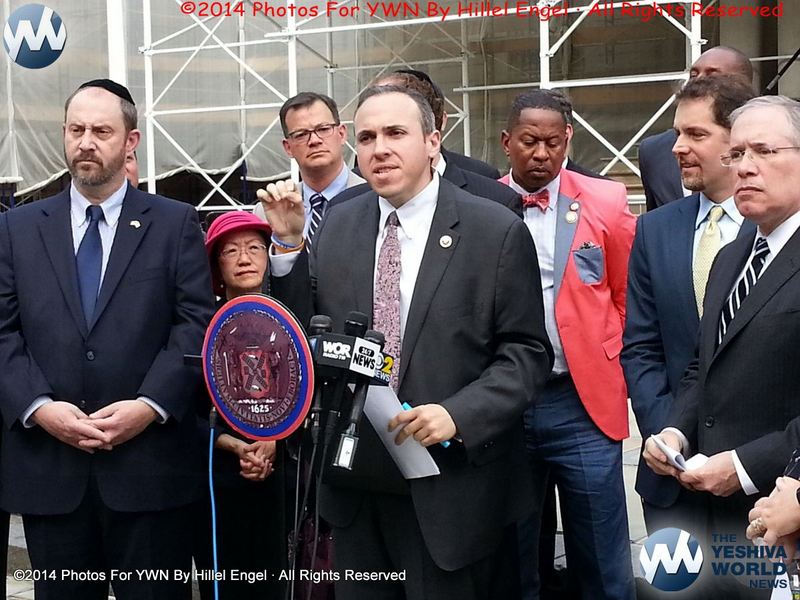 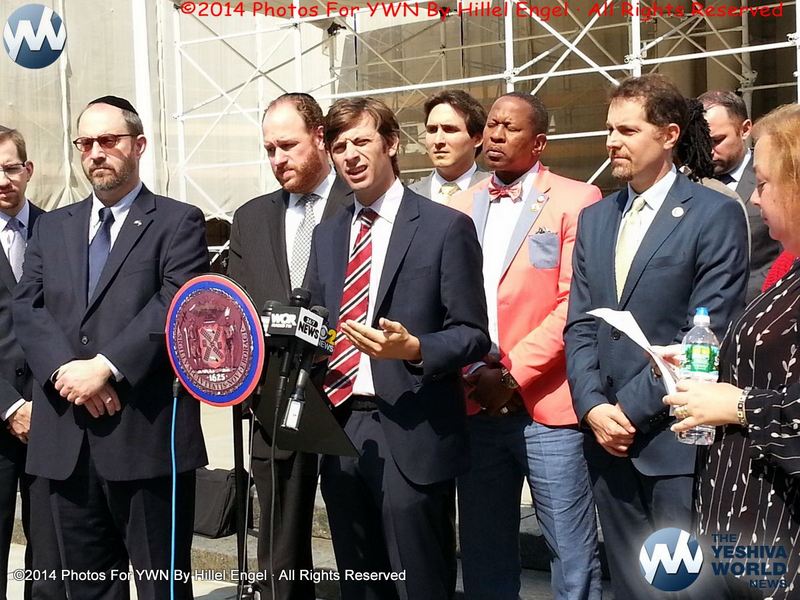 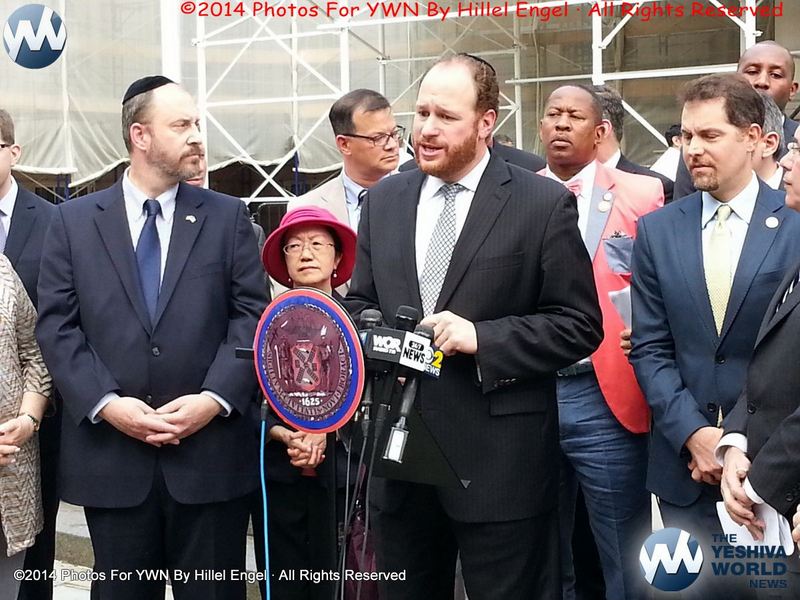 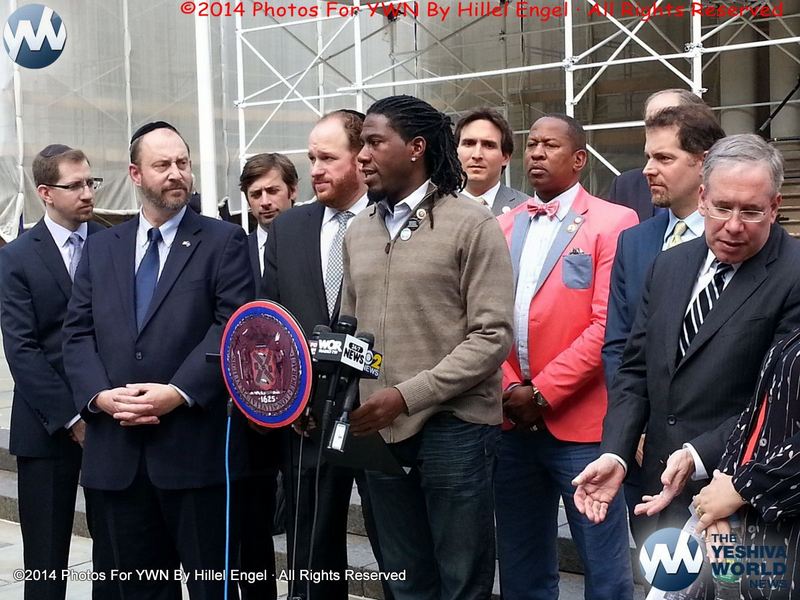 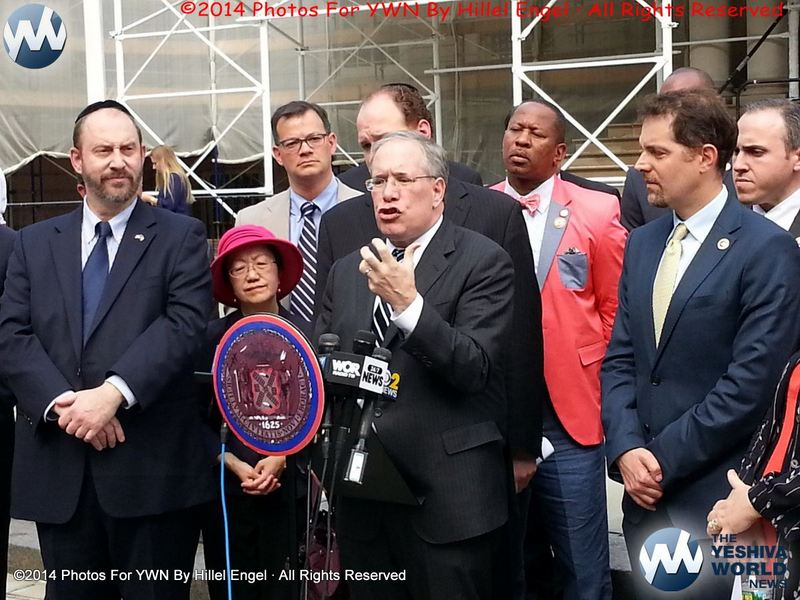 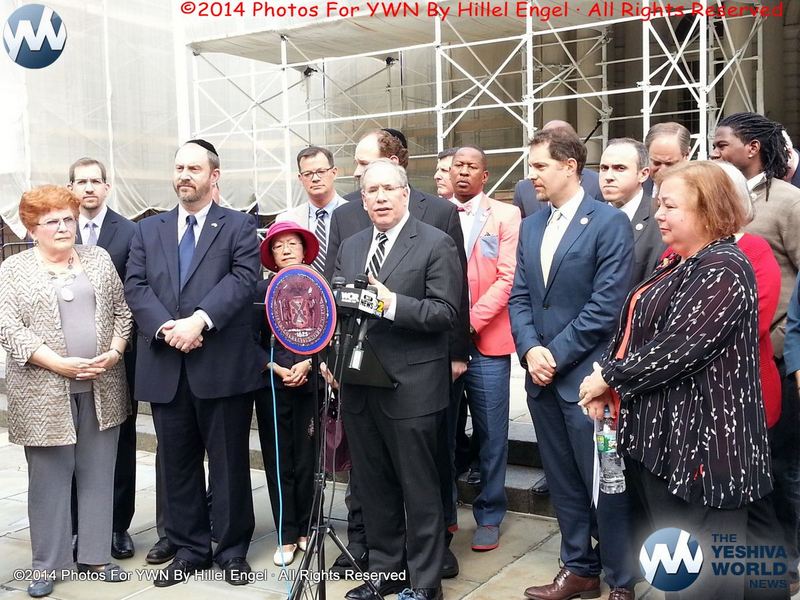 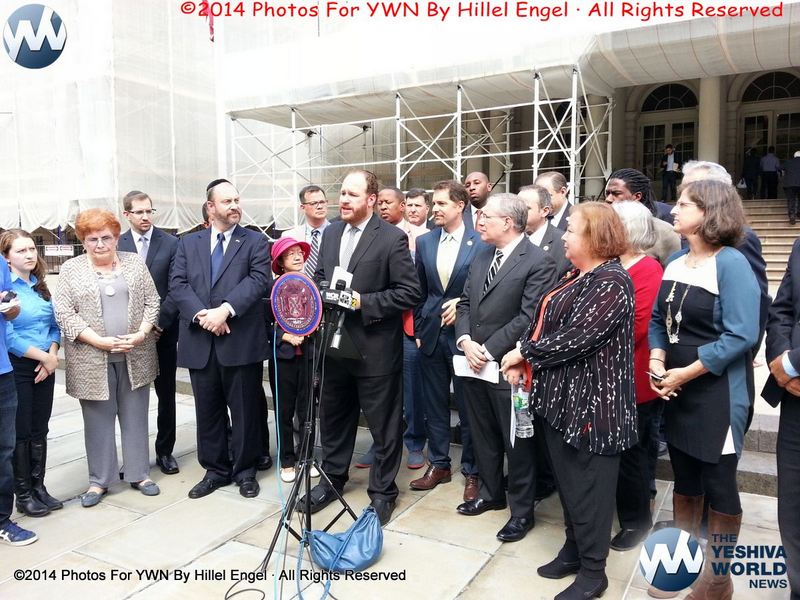 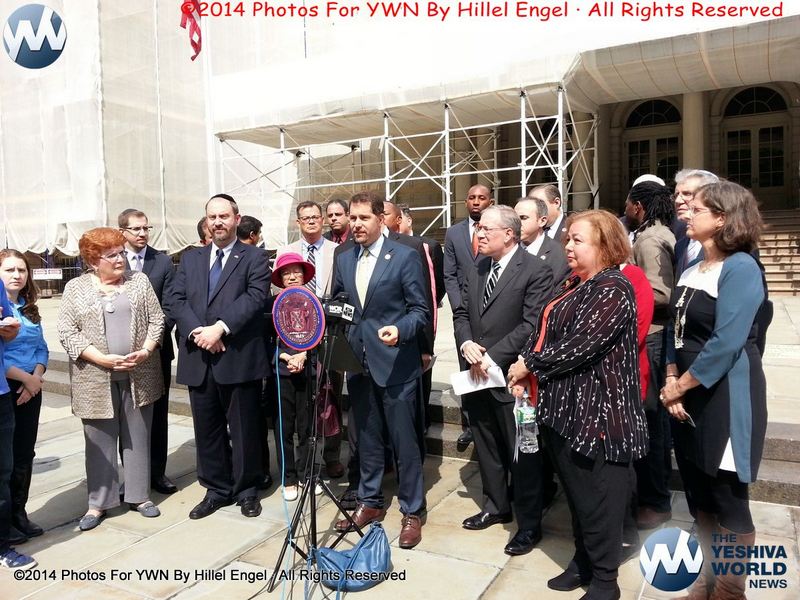