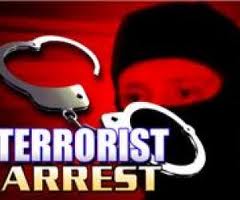 According to a Channel 2 report, Peruvian authorities have foiled a terrorist attack against Jews and Israelis in the country.

According to the report, a Hezbollah member, who supposedly planned to execute a major attack against Israeli and Jewish targets, was arrested in the last few days by the authorities.

The suspect, who belonged to Hezbollah’s foreign terror operations branch, was arrested after collecting intelligence on Jewish and Israeli targets in Peru. He was reportedly planning to attack locations popular among Israeli backpackers, the Israeli embassy in Lima and several institutions of the local Jewish community.

During a search in his apartment the police discovered explosives and weapons.

According to Peru’s authorities the suspect was also in charge of a terrorist cell operating in the South American country.