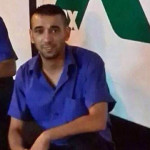 The body of Egged Bus Company driver 30-year-old Yousef Hassan el-Ramoni was found hanged in a bus in the Givat Shaul Yerushalayim Egged parking lot. According to Israel Police and Magen David Adom, he appears to have taken his own life. The family claims “he was lynched”. Reports of his death led to rioting in eastern areas of the capital.

Yousef, the father of two children, was a resident of the A-Tor area of the capital. His body was discovered on Monday night the eve of 24 Marcheshvan. Police report there were no signs of violence on his body.

However, an eyewitness spoke with the PA (Palestinian Authority) Maan news agency, with the latter reporting the victim was lynched by four to six male Jews that beat him and then hanged him. An autopsy is scheduled on Monday to determine the cause of death.

Some drivers did not report to the Har Nof depot on Monday morning claiming their colleague was murdered.

A poster appearing on Arab social media already labels him a martyr who was murdered by Jews. 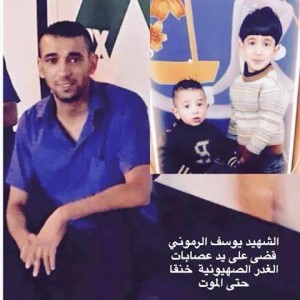