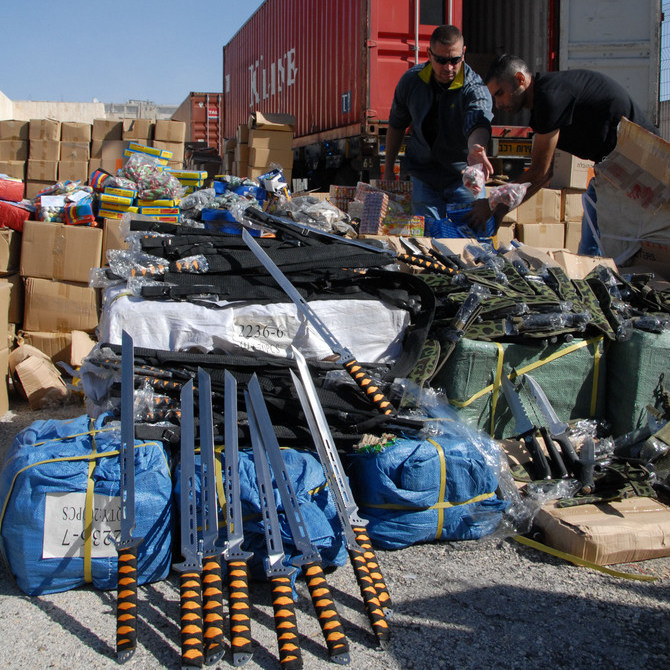 A massive amount of fireworks, electric tasers, and knives were intercepted by Israeli Police shortly after arriving from China to the Ashdod Port. The packed container was supposed to be transporting “X-Mas decorations”, but as can be seen in the attached video, the amount of knives, fireworks, and answers inside are simply shocking.

The contents were going to be taken to East Jerusalem, and used by Palestinians against Jews.