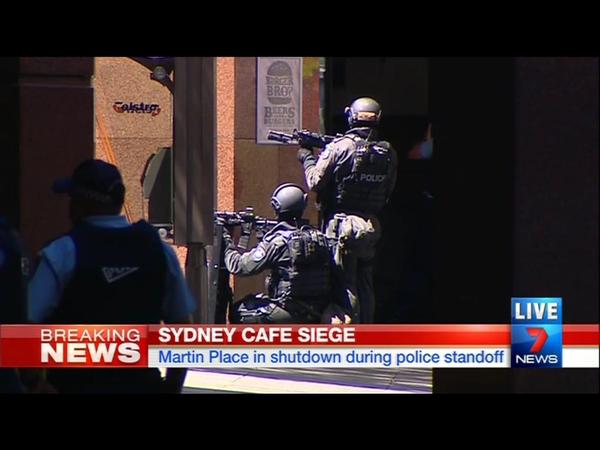 Three people have run out a fire exit of a Sydney building where a hostage situation has been unfolding.

The two people were seen on live video footage bolting out of the door past heavily armed police and then disappearing around a corner.

The potential development came six hours after a gunman took an unknown number of people hostage inside a downtown Sydney chocolate shop and cafe at the height of Monday morning rush hour.