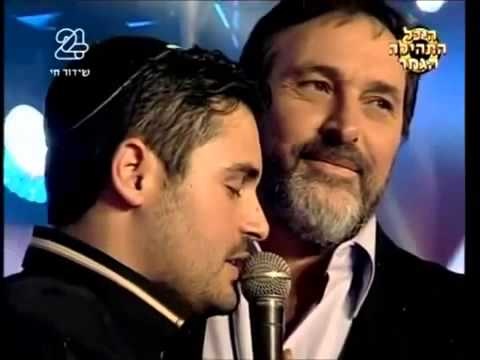 Popular singers Gad Elbaz and his father Benny Elbaz are thankful today for what they are calling a “Chanukah miracle.”

The father and son singers are currently in Sydney, Australia where they performed Sunday night at the Sir John Clancy Auditorium, University of NSW in Bondi Beach.

On Monday morning, the two enjoyed coffee at the Lindt Cafe in Martin Place, spending an hour and 15 minutes there with a group of friends, before leaving for Singapore and then New York, where they will perform.

Just after the group left, the news broke about the hostage situation currently unfolding where patrons inside the cafe are standing with their hands pressed against the windows, leading to fears of an attack linked to Islamic militants.

A few minutes later, Benny Elbaz wrote on Facebook that he is grateful for the “Chanukah miracle.”

“The worst almost happened!” he wrote. “A few minutes before the attack on the Cafe in Sydney my friends and I left there. A Chanukah miracle in Sydney!”