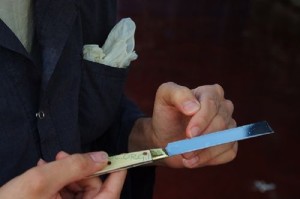 The Flemish Minister for Animal Welfare Ben Weyts has advised the European Jewish Association of his intention to “enforce in all aspects” Belgian law facilitating the practice of ritual slaughter. Despite having previously called for a total ban on the practice in Belgium in televised comments, Mr. Weyts offered his full apologies in a letter to EJA General Director Rabbi Menachem Margolin Wednesday for the “misunderstanding” which prompted the public backlash to his call.

The Minister’s clarifications came following Rabbi Margolin’s appeal against apparent plans to implement a total ban on the practice of Jewish ritual slaughter, insisting such a move “is against freedom of religion”.

Speaking on Belgian television show ‘De Zevende Dag’ (VRT) in late September, Minister Weyts had declared that he would actively pursue a total ban on the practice of animal slaughter without pre-stunning. Responding to the latest attack on the ancient Jewish ritual, which if successful would be implemented by 2015, Rabbi Margolin emphasized that the Jewish practice of Shechita is “the most humane method of slaughter”, as it ensures the welfare of the animal not only at the time of slaughter, but also concerns itself with “the conditions in which animals are raised before their slaughter”.

However, in a letter sent today to Rabbi Margolin of the Brussels-based EJA, which represents Jewish communities across Europe, Minister Weyts states: “After reading your letter, I regret that apparently my declarations regarding the slaughter of animals without prior stunning as prescribed by certain religious rites have been misunderstood. As you have indicated, European regulation no 1099/2009, stipulates that prior stunning of animals is not required in case of slaughter prescribed by religious rites. From now on this regulation will be enforced in all its aspects.”

Rabbi Margolin thanked Minister Weyts for his clarification and stated today:” I am very happy that we were able to come to an understanding about the importance of kosher slaughtering for Jews, not only in Belgium, but all over Europe.”

The European Jewish Association has previously successfully campaigned against legislation to restrict the practice of ritual slaughter in Poland, in addition to appealing against similar legislation in Denmark, as well as legislation against male circumcision in Germany.