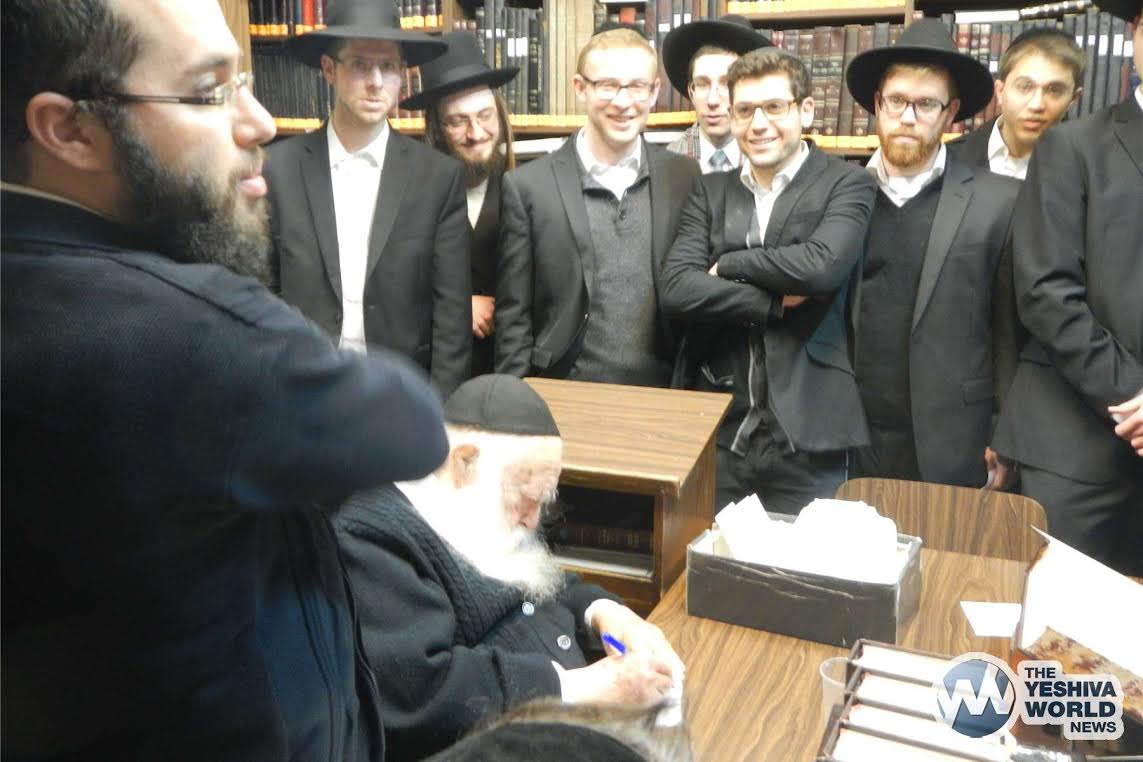 Nineteen bachurim from Rabbi Shlomo Pollack’s shiur of the Beis Medrash in Ohr Sameach Yerushalayim were zoche to have a private audience with Rav Chaim Kanievsky at his home in Bnei Brak.

The bachurim had taken upon themselves to learn the last 12 blatt of the first perek of kiddushin shakla vtarya baal peh, a task difficult to accomplish. In turn Rabbi Pollack arranged for them to have an audience with HarRav Chaim Kanievsky.

When HaRav Chaim’s grandson R’ Yanky, informed the gadol hador that the bachurim of Ohr Sameach are in middle of learning the 12 blatt baal peh, and asked if the zaide wanted to farher them. HaRav Chaim said “Farher them? sure” and asked for a kiddushin.

After the gadol asked them a few questions and the bachurim of course answered correctly, the bachurim then asked if they can ask the gadol a question, to which he responded, “You want to ask me a question? Sure, go ahead.”

They asked a question on the parsha based on a gemara they had learned and HaRav Chaim answered with a big chiddush.