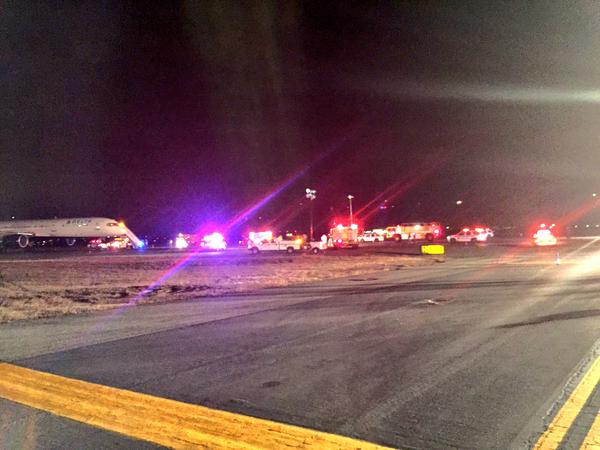 Passengers at JFK Airport on board Delta flight #468 headed to Israel were evacuated following a bomb threat. The threat prompted a massive police response Monday night.

Around 8:15 p.m., emergency alarms went off at the airport for a security alert, due to what officials told CBS2 was a telephone bomb threat called in to a Delta flight that was landing at JFK.

The aircraft was moved to a remote area of the airport, and all the passengers were deplaned.

Pix11 is reporting that after dogs sniffed the luggage and swept the plane, it was determined that there was no bomb.

The flight was from San Francisco and had just landed at New York’s JFK Airport The flight left SFO at 11:41 a.m. Monday morning.

The threat came in sometime during the flight. The flight was scheduled to land at JFK, but was supposed to continue on to Tel Aviv, Israel.

A passenger on the plane tweeted that people are being held safely on heated buses away from the plane.

BELOW ARE BREAKING INSTAGRAM VIDEOS TAKEN FROM INSIDE AND OUTSIDE THE AIRCRAFT: