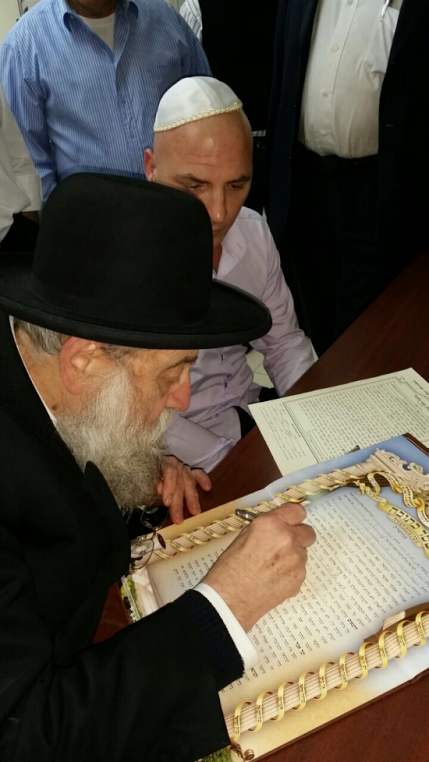 A couple that arrived at the Yerushalayim Religious Council for their chupah was taken by surprise when Jerusalem Chief Rabbi Aryeh Stern Shlita announced he would be their mesader keddushin. The couple does not have money for an elaborate wedding and just wanted to be married in a minimum fashion as it is a second marriage for both the chosson and kallah.

Generally speaking, in such cases the rabbi of a neighborhood or one on call at the religious council would perform the ceremony but when Rabbi Stern realized what the couple was waiting for, he decided to step in and perform the chupah. The rav explained that he made a decision to step in from time-to-time to perform a chupah for couples arriving at the religious council.