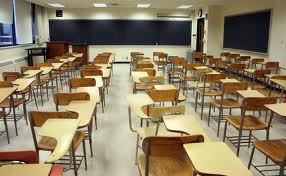 A Jewish Swedish couple is left fighting for their right to educate their children according to their religious belief, as the international community marks International Holocaust Memorial Day Tuesday.

Rav Alexander and Leah Namdar, Chabad shluchim in Sweden, are standing trial in Gothenburg because they choose to homeschool their children to ensure they receive a traditional Jewish education, as well as protecting their physical safety, which is coming under ever-increasing threat from anti-Semitic behavior.

The Namdars and their 11 children live in the city of Gothenburg in Sweden. Due to a lack of Jewish schools in the city, the Namdars decided to home school their children in order to assure they receive proper Jewish education, as well as all the other subjects prescribed by the national curriculum.

However, three years ago, the couple was informed that the local Municipality had banned them from educating their children at home, having deemed that “there is no need of a law to make possible homeschooling based on the religious or philosophical views of the family”. The Municipality filed a lawsuit against them requiring them to send their young children to the local public school.

Aided by Jews from around the world, The Namdars did not give up and appealed the court decision. Public pressure helped, and they won the case at the Appeal Court. But the city continued to mount pressure and submitted another lawsuit that was rejected as well.

Today, the parents will face another trial in which judges will address whether the state education law permits the homeschooling of children for religious reasons, or whether Jewish parents will be forced to send their children to public schools.

The Namdar couple claims that the Municipality’s motives are anti-Semitic and are all a result of a documentary about them that was aired on Swedish television The couple emphasizes that “our children receive proper education as well or better than any other Swedish child”.

Rabbi Menachem Margolin, General Director of the European Jewish Association has called upon the Swedish authorities to cease all legal proceedings against Rabbi Namdar and his wife.” EU officials were also updated on the case” , said Rabbi Margolin, who concluded: “How sad and symbolic that on the eve of the International Holocaust Memorial Day, there is still a need to fight for the right of Jews to educate their children according to their faith. ”