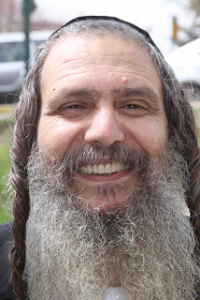 Mrs. Daniella Arush, 25, whose toddler daughter was killed in a vehicular accident earlier in the week told reporters at Barzilai Hospital “My emunah in HKBH is what carries me thought this difficult period. ה’ נתן וה’ לקח. יהי שם ה’ מבורך she added.

Mrs. Arush is admitted to the hospital’s high-risk pregnancy unit as they try to save her pregnancy. She and her husband were both injured in the crash. Mrs. Arush is a daughter-in-law of HaTzaddik HaGaon Rav Shalom Arush and the child who died was his granddaughter.

As was reported by YWN-ISRAEL, the Arush family was heading back from a yahrzeit event for Baba Sali ZT”L ZY”A and it appears their vehicle veered out of control due to heavy fog during the predawn hours. They stuck another vehicle head-in, resulting in the death of a woman in her 50s as well. The other woman killed was the mother of two, from southern Israel who lost her husband in a car accident 25 years earlier.

Mrs. Arush added that when she, her husband and their children are discharged from the hospital they will begin rebuilding their family, telling the press “It is all in HKBH’s hands”.