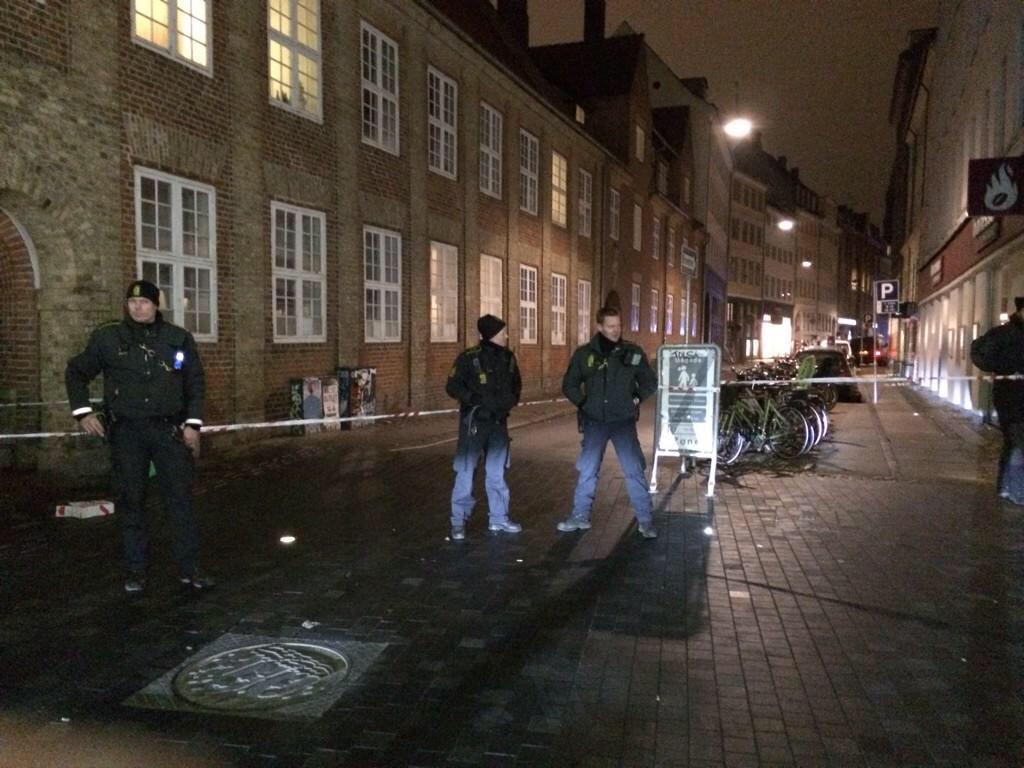 Earlier a gunman opened fire on a Copenhagen cultural center, killing one man and wounding three police officers in what authorities called a terror attack against a free speech event featuring an artist who had caricatured the Prophet Muhammad.

After searching for the gunman for hours, police reported another shooting near a synagogue in downtown Copenhagen after midnight Sunday. One person was shot in the head and two police officers were shot in the arms and legs, police said, adding it wasn’t clear whether the two incidents were linked. The gunman fled on foot, and police warned people to be vigilant and follow the instructions of officers flooding the city center.