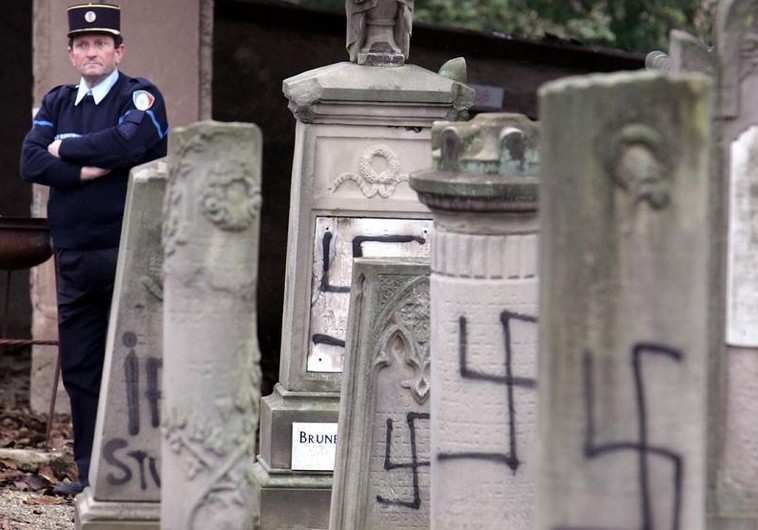 Hollande spoke Tuesday in Sarre-Union, where 250 Jewish graves were desecrated over the weekend. Hollande noted anti-Semitism and acts against Muslims are both on the rise in France, notably after the attacks last month in Paris that left 20 people dead, including the three gunmen.

The president called on French Jews to remain in France and not follow the Israeli prime minister’s call for a mass immigration of European Jews.

Five local teenagers have been detained in the cemetery desecration in eastern France. Hollande said anti-Semitic acts doubled in 2014 compared with 2013, and acts against Muslims in just the month after the attacks totaled the same for the entire previous year.