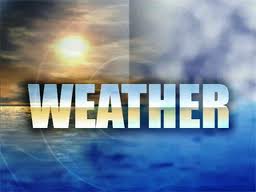 Forecasters are predicting that a winter front is going to move back in towards the middle/end of the week and it will bring snow accumulations in some areas. Today, Tuesday, 28 Shevat, light rainfall is expected in the northern area and some snow on Mount Hermon.

The cold wave is expected to move back into the area beginning on Wednesday accompanied by sporadic rainfall around the country. Snow accumulations are expected primarily on the northern and central hilltops and Yerushalayim. Unseasonably colder temperatures will be moving in and snowfall will begin accumulating on Mount Hermon.

Heavy rainfall accompanied by high winds are expected in the center of the country and there are flash flood warnings for the Judean Desert and the Jordan Valley.

On Friday the snow will increase in intensity in the north and center and it will dissipate during Shabbos. Rainfall will continue in most areas of Israel during Shabbos.