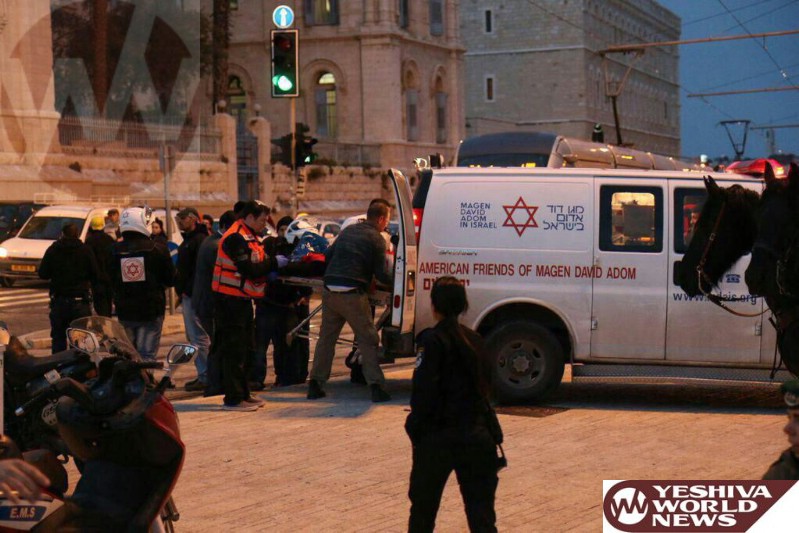 The victim of the stabbing attack at Safra Square earlier this evening has been identified as Rav Avrohom Goldschmidt, 27, a resident of the Old City of the capital and affiliated with Rav Zilberman’s kehilla. The victim earns his livelihood as a sofer STaM.

The victim’s name for tefilos is Avrohom ben Efrat.

Goldschmidt told authorities “I saw the Arab man with a knife and shouted to everyone ‘stabbing’ so they would distance themselves from the man. He thanked Mayor Nir Barkat’s bodyguard for apprehending the attacker.

He is listed in moderate condition in Shaare Zedek Medical Center.