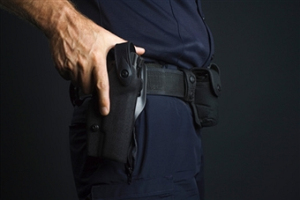 Germany’s top security official has met with Jewish leaders, reassuring them their safety is a top priority.

Interior Minister Thomas de Maiziere said Tuesday that even though the threat level for the Jewish community in Germany remains high, authorities are doing everything to provide the utmost protection.

His remarks came after talks with the head of the Central Council of Jews in Germany, Josef Schuster, about the Jews’ security situation in the country following the deadly attack on a synagogue in Copenhagen, Denmark, earlier this month and other incidents.

De Maiziere says if his office receives any information about possible threats to individuals or Jewish institutions, authorities “immediately take measures” to protect them.

He stressed that, “we all wish that Jews will continue to like living in Germany.”