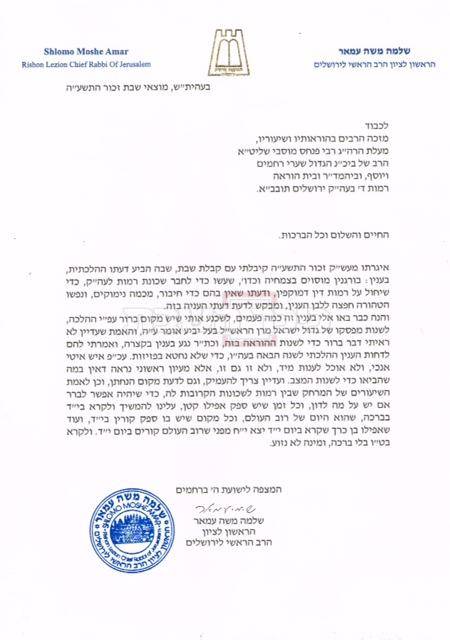 Rav Yosef announced that the new reality regarding Ramot is such that residents should observe Purim on the 15th of Adar, Shushan Purim, together with all Jerusalemites. This represents a change from the long-standing psak of Maran HaGaon HaRav Ovadia Yosef ZT”L.

Rav Amar released a letter stating that from his point of view, nothing has changed and Purim observance in Ramot should be on the 14th, a in line with Maran’s psak.