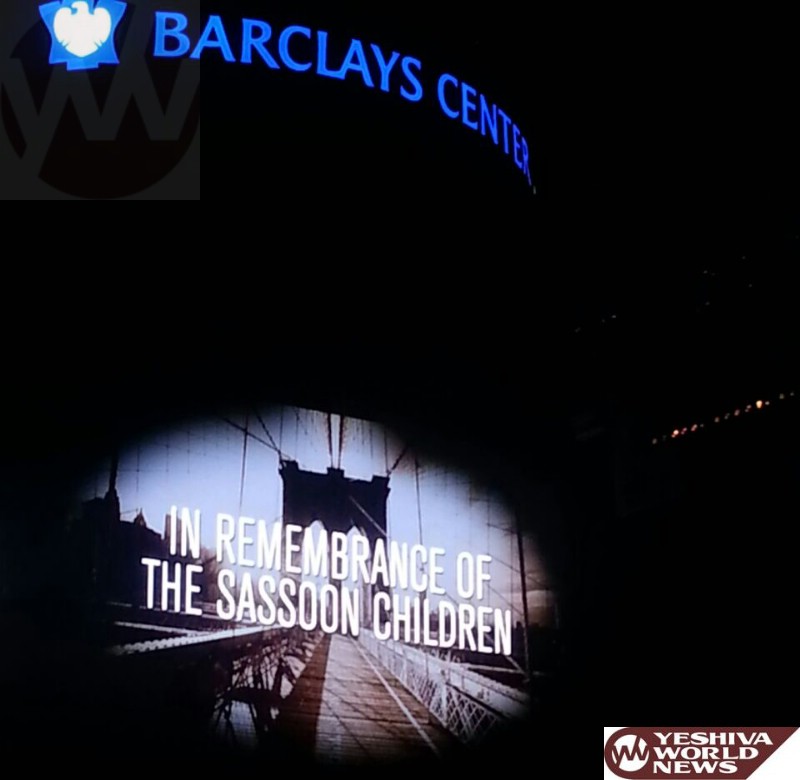 The New York Nets held a moment of silence Monday night in memory of the seven Sassoon children who were tragically killed in a Friday night fire in Midwood, Brooklyn.

At around 7:30PM, the lights were dimmed at the Barclays Center in Brooklyn, and an announcer asked everyone to please be stand up and remain silent as the names of the seven Sassoon children Z”L, were read. It was followed by the National Anthem.

Multiple people in the stadium tell YWN that people were visibly emotional as the announcer read each name slowly.

They were buried in Jerusalem on Monday following the Levaya in Brooklyn on Sunday.

Multiple YWN readers filmed the moment of silence at Barclay’s Center event and submitted them to YWN.

Two of those videos have been attached below: