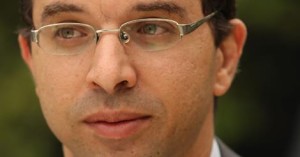 After 3.5 years in the Prime Minister’s bureau, Public Diplomacy and Media head Liran Dan has informed Prime Minister Binyamin Netanyahu of his intention to step down upon the formation of the 34th government.

As the head of Public Diplomacy and Media for the 32nd and 33rd governments, Liran Dan was responsible for public diplomacy, media and spokesperson’s affairs during – inter alia – Operation Pillar of Defense and Operation Protective Edge, four UN General Assembly sessions (2011-2014), Prime Minister Netanyahu’s speech to the US Congress earlier this month, Pope Francis’ visit to Israel in May 2014 and US President Barack Obama’s visit to Israel in March 2013.

Prime Minister Netanyahu said: “I thank Liran for his excellent, professional and dedicated work and for his contribution to the State of Israel and to myself. During his tenure as head of public diplomacy and media, his proven abilities were apparent in the many complex tasks and missions to which he was assigned. Under two of my governments, as we were faced with many challenges, Liran advanced public diplomacy and media affairs with great responsibility, creativity and innovation, and for this I thank him.”

Liran Dan said “I would like to thank Prime Minister Netanyahu for the privilege of working at his side for the last three-and-a-half years, for the confidence he had in me to fill such a significant position, and for the support throughout my years working in his bureau. During these years, I learned something new and valuable from Prime Minister Netanyahu every day. I saw from up close how – in the face of the national challenges confronting him – he always put ensuring the future of the state as his goal and guiding principle. I would like to wish him that he may continue to lead the State of Israel with responsibility and trust in the face of the many challenges facing him. For me these were three-and-a-half intense and fascinating years in the service of the Prime Minister and the State of Israel. I would like to thank all of my colleagues, friends in the Prime Minister’s bureau, correspondents, editors and media personnel.”