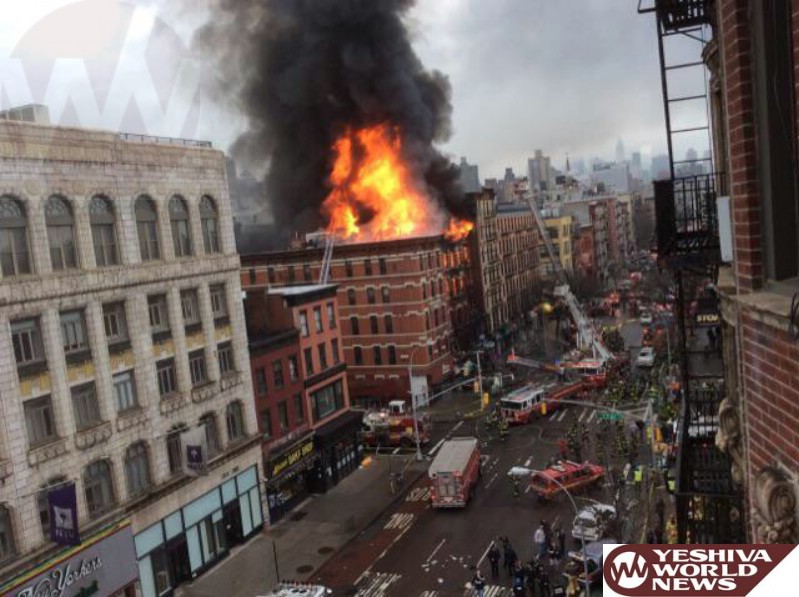 [VIDEOS A PHOTOS IN EXTENDED ARTICLE]

Orange flames and black smoke billowed from the facade and roof of the five-story building in Manhattan, near several NYU buildings and the Washington Square Park area. Flames were spreading to other buildings.

Investigators were looking into whether there had been a gas leak. There were some reports of an explosion before the fire.

The area was being evacuated. Firefighters said at least 12 people were hurt, three critically, and other people were being evaluated at the scene. 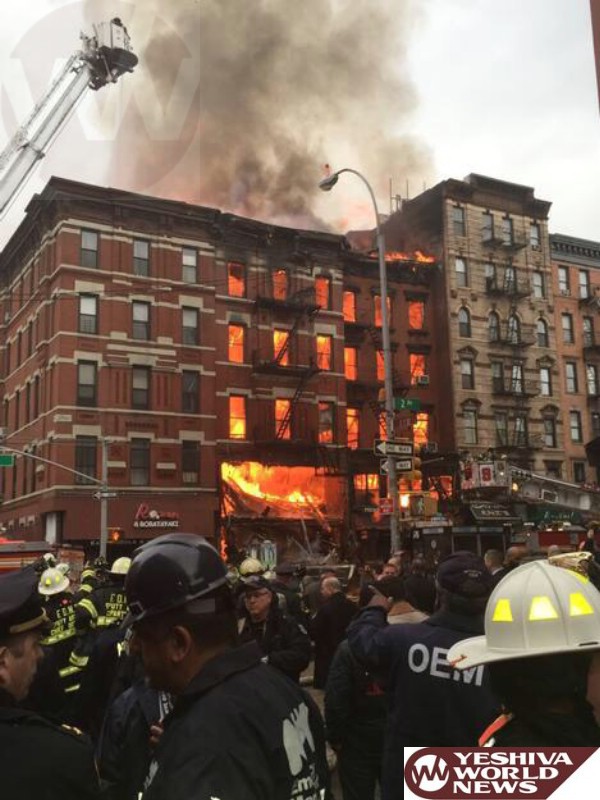 Adil Choudhury, who lives a block away, ran outside when he heard “a huge boom.”

“Already there was smoke everywhere” when he saw the building, he said. “The flames were coming out from the roof. The fire was coming out of every window.”

Freelance photographer Michael Seto said he could feel the explosion in his apartment, about 1 ½ blocks away. 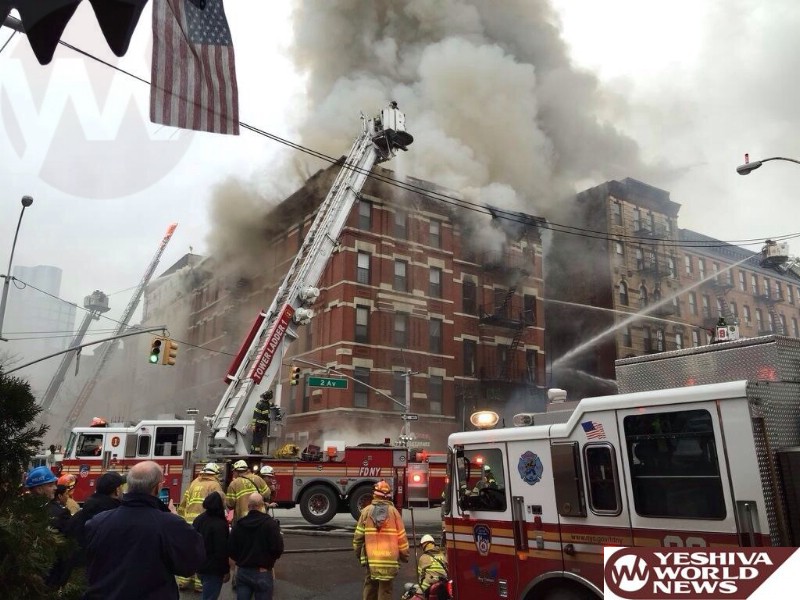 He grabbed his camera, ran outside and found a crowd gathering, looking at a brick tenement-style building with a restaurant on the first floor.

“By the second story, the front part of the building, the facade, the first and second stories, it looked like, had collapsed into the street,” he said.

Rubble was on the sidewalk, and glass and debris had been flung across an avenue.

As Seto ran up to the building, a fire was starting inside it.

“It spread very quickly and pretty much engulfed the first floor,” he said. 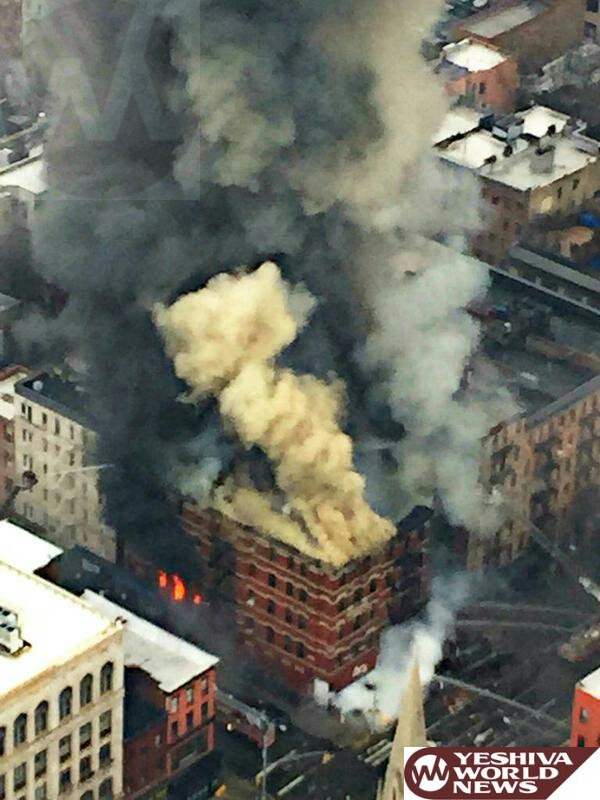 Meanwhile, a man was climbing up the fire escape, not down, he said.

“People were calling to him that the building’s on fire — he needs to get down,” and he did, Seto said.

He saw one person lying on the ground, being attended to by two to three passers-by who were holding his head still. A woman was sitting on the curb with blood coming down her face, and another woman walked past him with blood on her face. 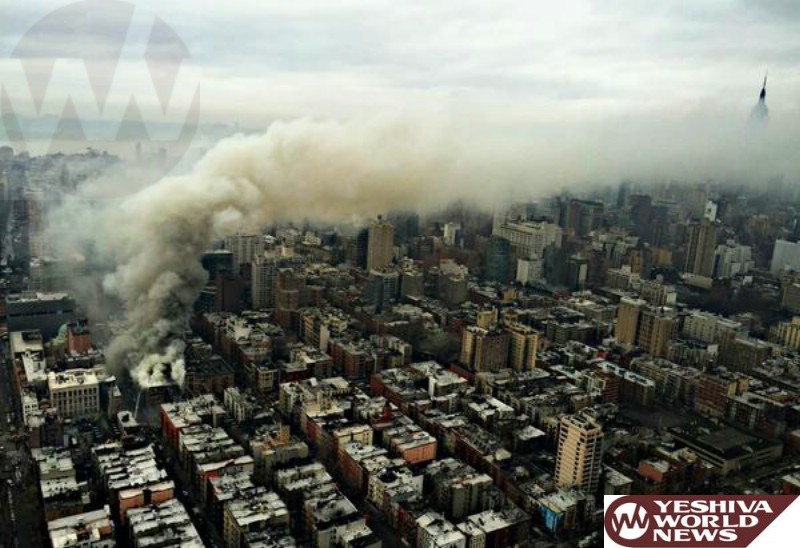 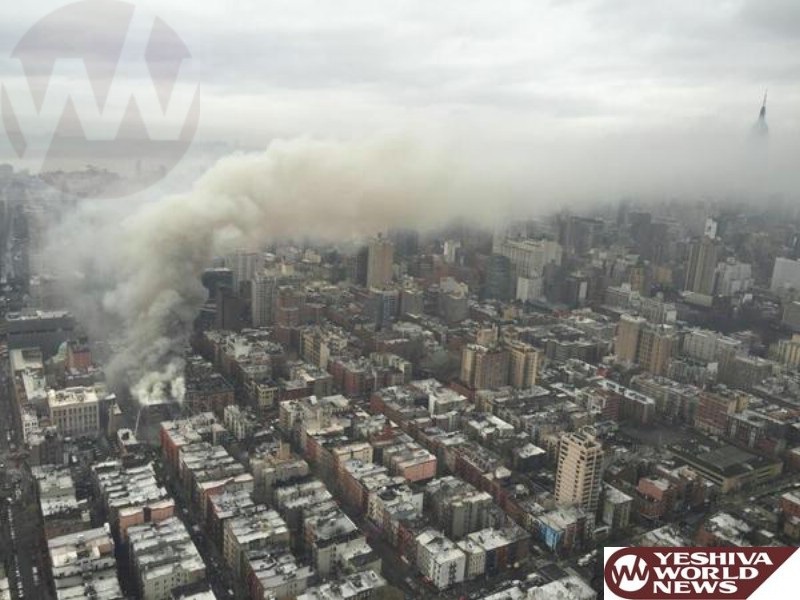 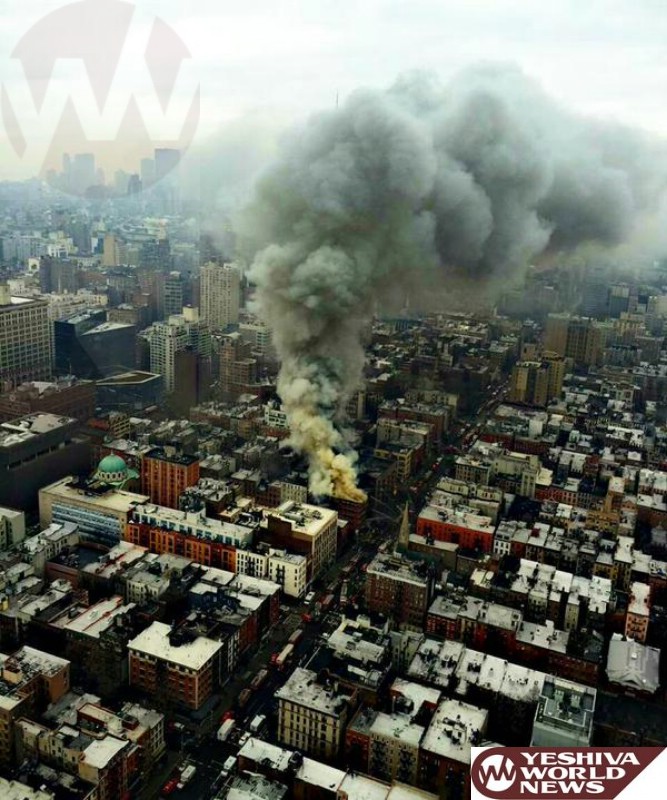 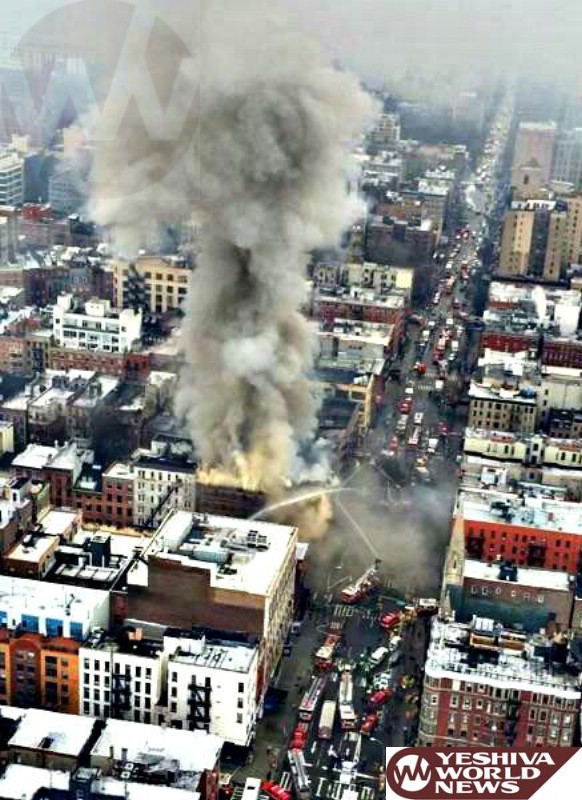 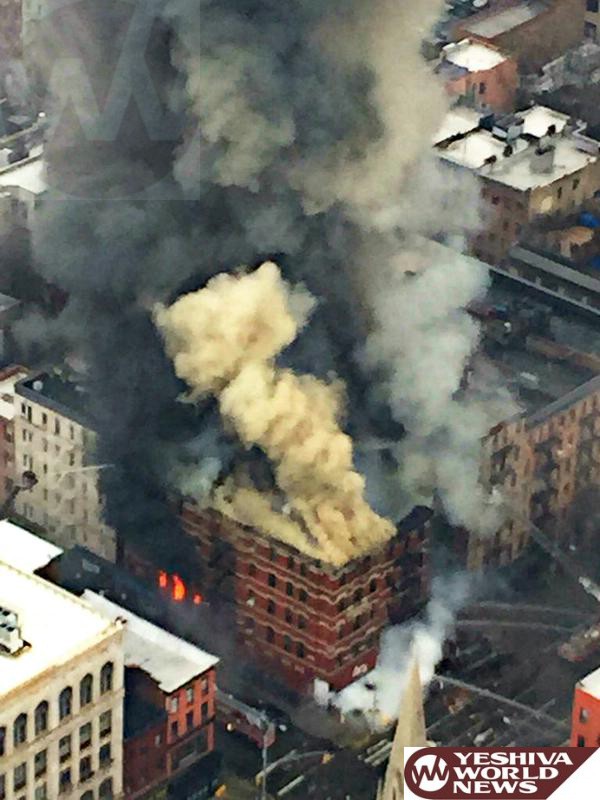 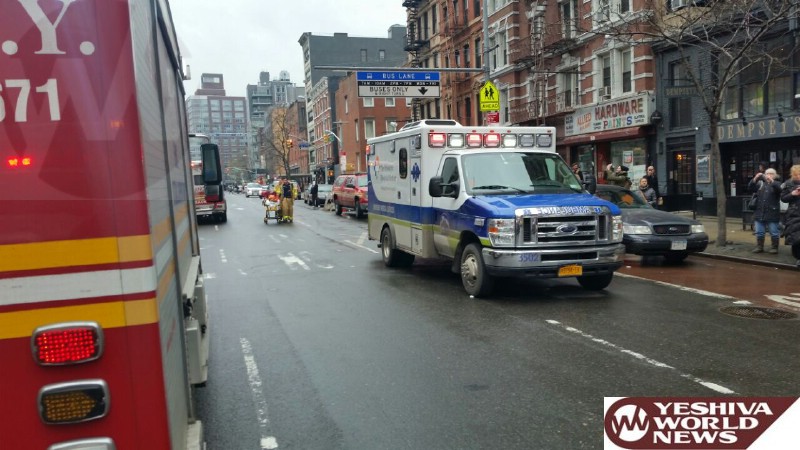 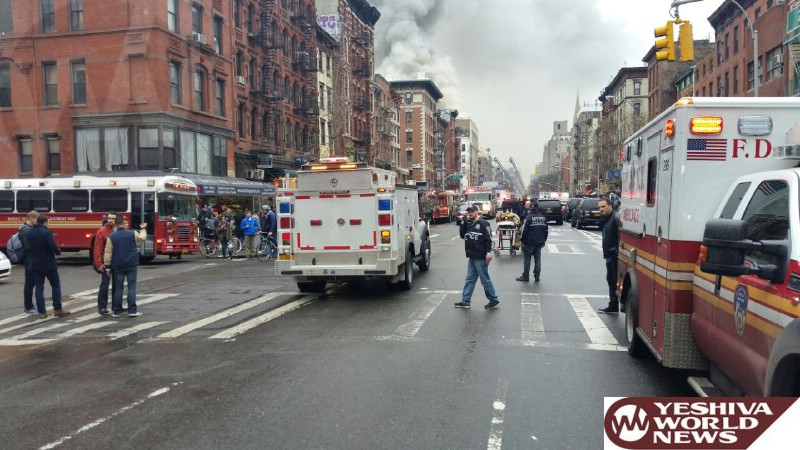 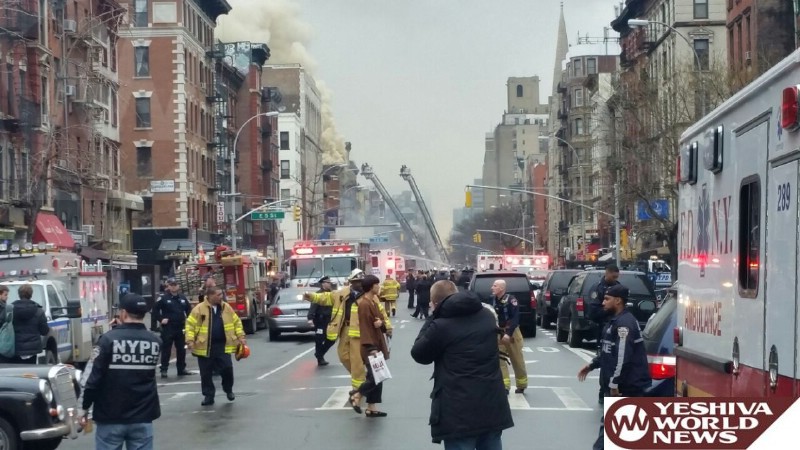 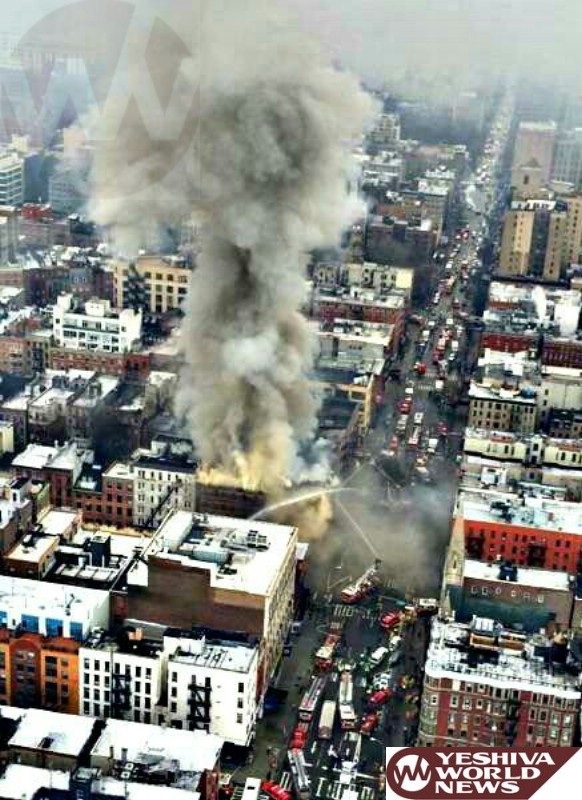 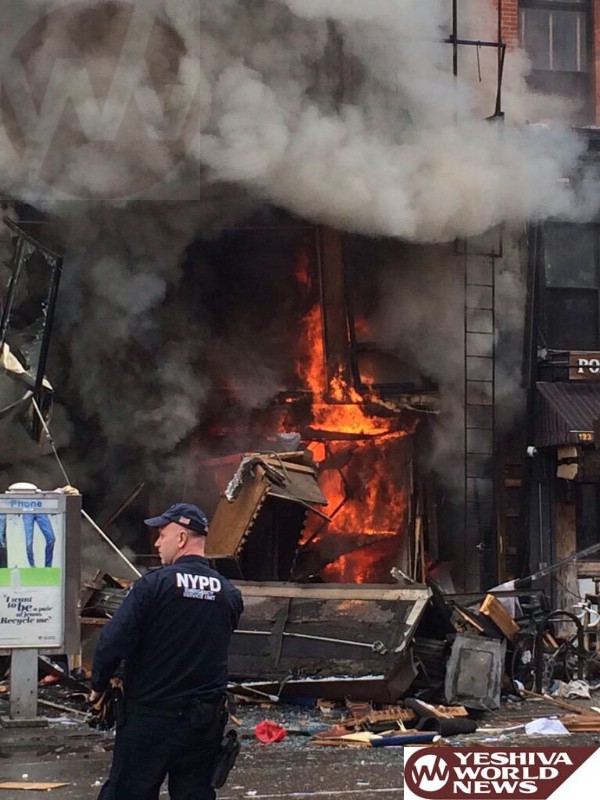 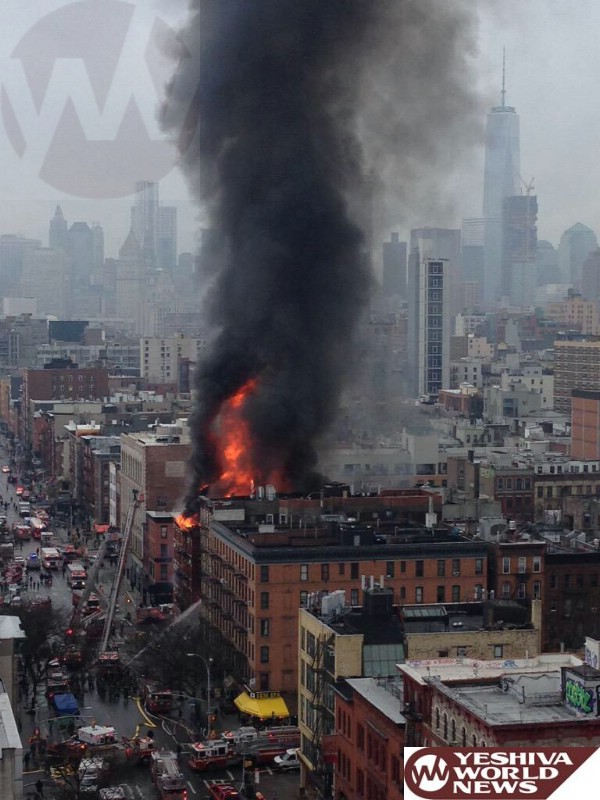 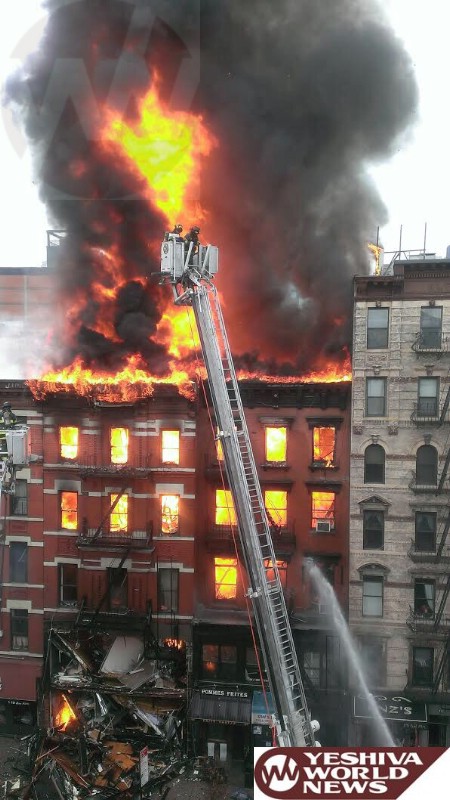 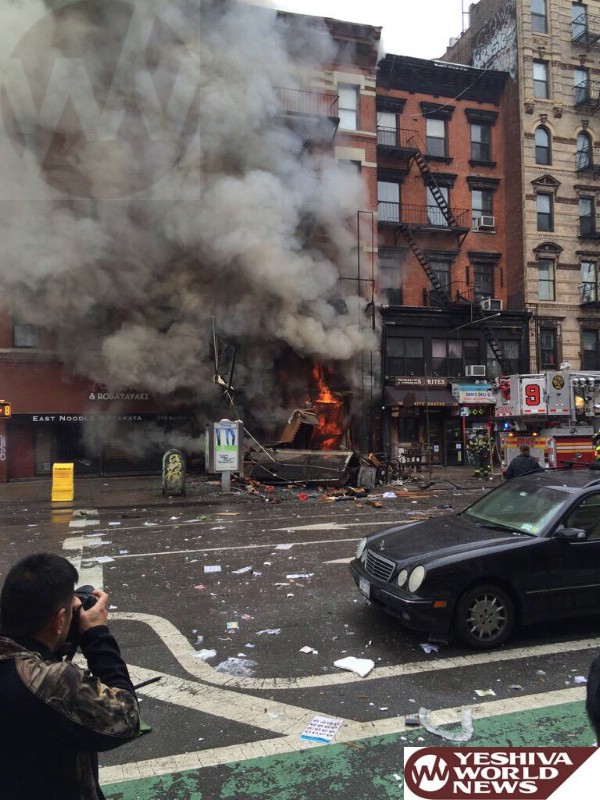 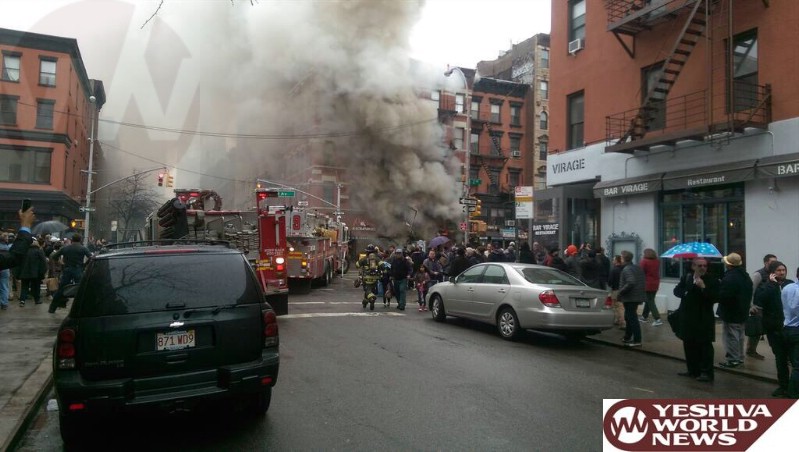