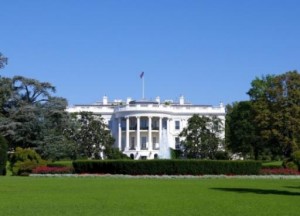 The White House on Friday announced a five-year plan to fight the threat posed by antibiotic-resistant bacteria amid fears that once-treatable germs could become deadly.

Repeated exposure to antibiotics can lead germs to become resistant to the drugs, so that they are no longer effective. The Centers for Disease Control and Prevention estimates that drug-resistant bacteria cause 23,000 deaths and 2 million illnesses each year in the United States.

The World Health Organization said last year that bacteria resistant to antibiotics have spread to every part of the world and might lead to a future where minor infections could kill. Antibiotic resistance also threatens animal health, agriculture, and the economy.

In an interview with WebMD, President Barack Obama said over-prescribing antibiotics is a serious problem.

“Studies have consistently shown that a lot of America’s antibiotic use is unnecessary,” he said. He said he hopes his plan will create a system to show real-time rates of antibiotic use and where cases of drug resistance are being reported. “If we can see where these drugs are being over-prescribed, we can target our interventions where they’re needed most.”

The White House’s overall goal is to prevent and contain outbreaks of infections at home and abroad. It’s aiming to maintain the ability of current antibiotics to fight illnesses and develop new treatments.

The plan is the result of an order Obama signed in September forming a task force on the issue. Obama also has asked Congress to nearly double its funding to fight antibiotic resistance to $1.2 billion.

Critics say they wish the White House would go further, particularly in terms of the antibiotics used in animals processed for meat. The Food and Drug Administration has already successfully encouraged many drug companies to phase out the use of antibiotics used for animal growth promotion, but advocacy groups have called on the agency to limit other uses of animal antibiotics as well, such as for disease prevention when holding animals in crowded conditions.

“The plan continues to allow the routine feeding of antibiotics to animals that live in the crowded conditions endemic to industrial farms,” said Mae Wu, health attorney at the Natural Resources Defense Council. “Our government should be taking steps to reduce antibiotics to protect our health, rather than protecting poor industry practices.”