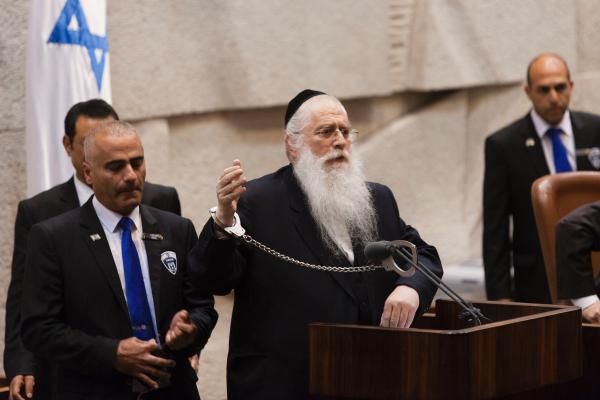 Yahadut Hatorah MK Meir Porush is a member of the Yahadut Hatorah coalition negotiating team. He tells the media that he personally does not believe Labor party leader Yitzchak Herzog is about to enter into a coalition government headed by PM Netanyahu. Porush stated that during his election campaign, Herzog cited what he perceives as being wrong with the Netanyahu administration in the economic, diplomatic and other spheres and to think he would now join a Netanyahu-led coalition is a most unlikely scenario. Porush applauded Herzog’s impressive achievement in the election, bringing the Labor party from 15 to 24 seats.

When asked if he would enter a coalition that includes Labor, Porush explained such a national unity government would simply be “stuck”, unable to accomplish anything.

When asked about ongoing coalition negotiations, Porush stated until documents are signed all the reports are meaningless and anything can change. He added the atmosphere in talks is a positive one and all the parties are interested in moving along and closing a deal but they are still matters of disagreement and nothing has been signed at this time.