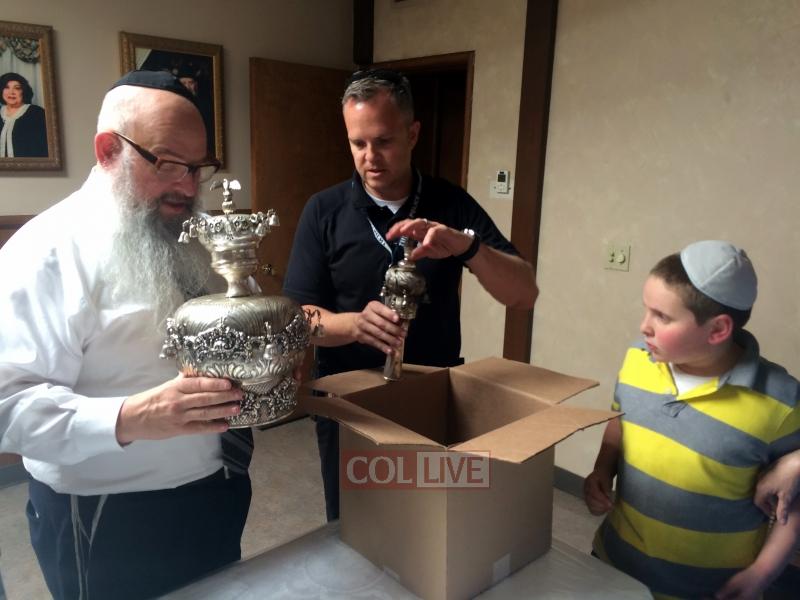 Congregation Young Israel-Chabad in Tucson, Arizona, will be donating body armor to the Tucson Police Department in appreciation to detectives for retrieving silver ornaments stolen from the synagogue.

The gift will be made through the Tucson Police Foundation’s “Adopt-a-Cop” program, using funds that were earmarked by a synagogue member as a reward to anyone who provided information about the missing pieces.

“We salute the Tucson Police Chief Roberto Villasenor and the entire department for their diligence and dedication in bringing this case to a swift close, although the financial loss has yet to be filled,” says Rabbi Yehuda Ceitlin, associate rabbi of the congregation.

“Our members were very distressed over this robbery because these items were more than just of value—they are sacred and served sacred purposes, and having them back was a relief for all of us,” said Ceitlin, who is also outreach director of Chabad Tucson.

The burglary was part of a string of recent thefts at houses of worship in Tucson that included the synagogue on the night of February 22, and several Catholic churches.

Bridget E. Baker, 55, and her son, Andrew W. Hoke, 29, were each charged on suspicion of trafficking in stolen property, third-degree burglary and criminal damage in the synagogue burglary.

The estimated amount in stolen items was over $15,000. Only part of the stolen property was found at a local pawn shop and returned, partially damaged.

The recovered items include the large silver crown that was broken in half with scratches on its surface, a single rimon crown and some smaller pieces that had originally been melded onto the silver breastplate, though the breastplate itself was not found.

“They’ll need to be repaired,” said Rabbi Yossie Shemtov, spiritual leader of the congregation and Regional Director of Chabad Tucson. “I wasn’t upset because at least the Torahs weren’t desecrated. And they were fine. This costs money but it’s replaceable.”

Ceitlin noted that the thieves took out the small, 150-year-old Torah from Russia to see if they could break off the silver coating from its handles. “Thankfully, they gave up on that idea because there’s not too much silver on it and instead took what was handy,” he said.

The synagogue launched a fundraising campaign to help fix the returned silver ornaments and secure additional security measures in coordination with the police department and community members.