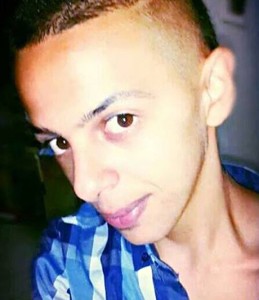 Mohammed Abu Khadir, the Arab teenager from Jerusalem who was murdered by Jews in a hate attack, has been added to the official state memorial monument for victims of terror. Abu Khadir was murdered in October 2014.

Abu Khadir’s father, who told the press he was not informed of the move in advance, expressed his opposition. He told Ynet he wants the killers brought to justice and that the honor is not necessary. Hussein Khadir explained “I want justice, not honor,” adding “he was attacked and burned to death”.

The Almagor organization that assists and supports victims of terrorism is outraged over the decision, explaining the killers of the Arab teen are mentally ill, not terrorists. Mr. Khadir added that his son was not a citizen of Israel.

In line with the demands of the family, Bituach Leumi has removed Abu Khadir’s name from the memorial plaque this morning, Memorial Day, prior to the 13:00 official state ceremony for victims of terrorism.