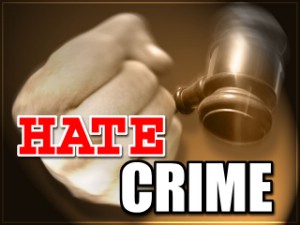 A 31-year-old Jewish man was assaulted by a Black man on Albany Avenue Friday night and police are investigating the incident as a possible hate crime.

According to police sources a Black man accosted a Jewish man on Friday night at around 1:30am near the corner of Albany Avenue and Maple Street, the victim was walking home after attending a Sholom Zochor in area.

According the victim a Black man, who appeared to be intoxicated, approached him and asked “what are you doing on my block?” then punched him in the face. The assailant then said “you Jews hate black people and we hate you too” and proceeded to punch the victim in the face a few more times then fled.

The victim sustained injuries to his head and face and complained of dizziness, but refused medical attention on the street.