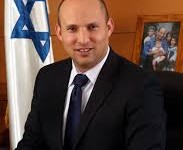 After Shas signed a coalition agreement on Monday evening 15 Iyar, the last party negotiating is Bayit Yehudi. Some Bayit Yehudi leaders feel that Prime Minister Binyamin Netanyahu was not an honest broker as he is offering ‘leftovers’ for Naftali Bennett and his colleagues. While this may or may not be the case, what is true is that if Bennett turns down offers to join the coalition, he will be blamed for the prime minister turning to the Labor party to form a government.

So what is Prime Minister Netanyahu offering Bennett? He is being given control of the Ministry of Education, inclusion in the Security Cabinet, the Ministry of Agriculture and Settlement Unit, the Ministry of Culture & Sport including control of the Toto lottery, a deputy defense minister post with control of the IDF Civil Administration throughout Yehuda & Shomron and chairmanship of the Knesset Foreign Affairs & Defense Committee. In addition, the Education Ministry budget will be increased by several hundred million shekels for dati leumi affiliated schools and institutions.

Likud officials are making it clear, that if Bennett rejects this generous offer, the alternative is Likud teaming with Labor.

NRG reports that after Foreign Minister Avigdor Lieberman announced he will not be entering the coalition, Naftali Bennett has renewed his demand to become Foreign Minister. It is explained this is because the prime minister gave the Ministry of Religious Services to Shas and Bayit Yehudi officials are furious. It appears he has frozen negotiations with Likud until PM Netanyahu responds to his demand for the senior cabinet post. Likud officials heading the negotiations warn Bennett that with the negotiating clock winding down, with a deadline this Wednesday, 17 Iyar, his refusal to move ahead in the talks will compel the prime minister to form a government with Labor instead of a right-wing government with Bayit Yehudi.