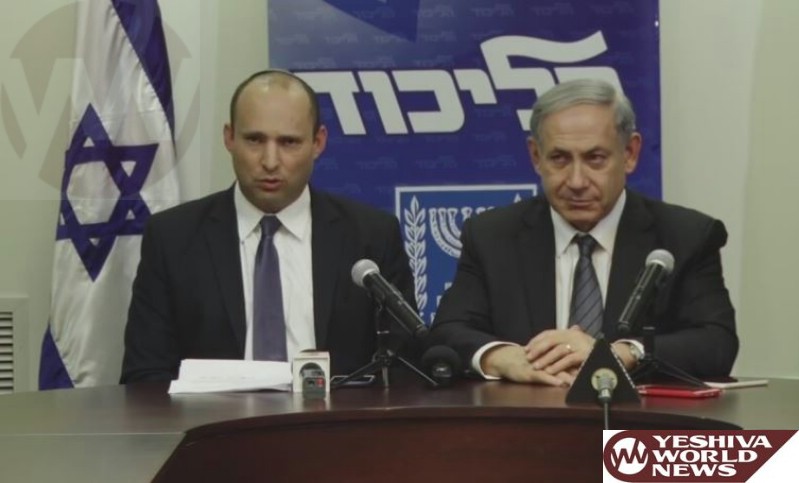 Few were surprised late Wednesday night when the announcement of a coalition agreement was released. It was clear to most that Likud and Bayit Yehudi were going to reach agreement for the alternative for either was a most unwelcome situation.

Many feel that in retrospect, Yahadut Hatorah’s misfortune was that it signed early on in the negotiating process, prior to the announcement that Yisrael Beitenu is joining the opposition. That announcement placed Bayit Yehudi leader Naftali Bennett is a position of power that far exceeded his most optimistic scenario, even more than during the last coalition talks when he had 12 seats.

Bennett and his colleagues walked away with more than they could have dreamed for, especially amid the realization the party has only 8 seats.

Naftali Bennett will serve as Minister of Education, Minister of Diaspora Affairs, and will be a member in the Security Cabinet.

Uri Ariel will be Minister of Agriculture with responsibility over the Settlement Division (Yehuda and Shomron), all “Garinim Torani’im” (Dati leumi resettlement projects such as in Akko and the Galil areas), and in all likelihood, responsible for national and civil service programs.

In addition, Bayit Yehudi will receive the Deputy Defense Minister slot with authority over all of Yehuda & Shomron, and the party will chair the Knesset Law Committee.

The items that have not yet been finalized will be addressed in the coming days.