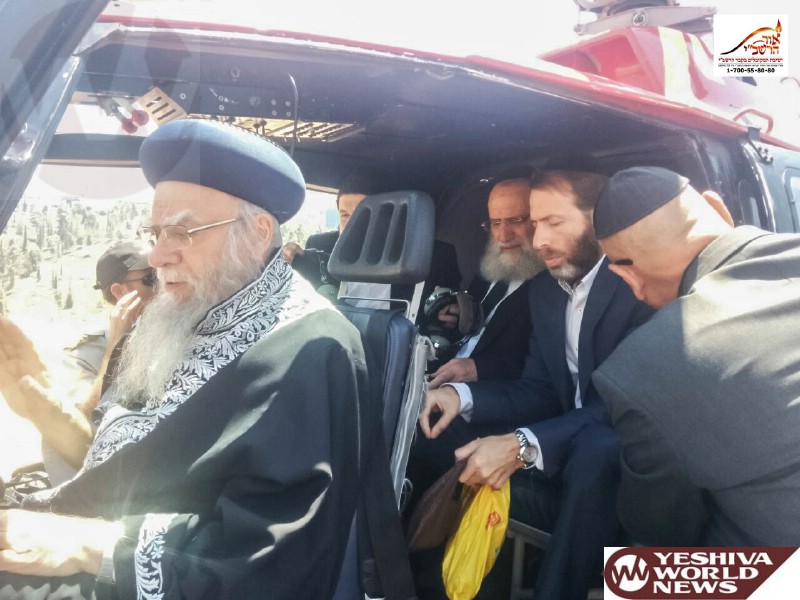 Rishon L’Tzion Rabbi Eliyahu Bakshi-Doron Shlita and Rabbi Reuven Elbaz Shlita, the latter a member of Shas’ Moetzas Gedolei Yisrael, were flown by chopper from Yerushalayim to Meron by chopper to take part in a hachnasas Sefer Torah in the Yeshivas Mekubalim in Meron.

The Sefer Torah was written for the success of donors to the yeshiva, and the ceremony got underway at 15:00 on Lag B’Omer. 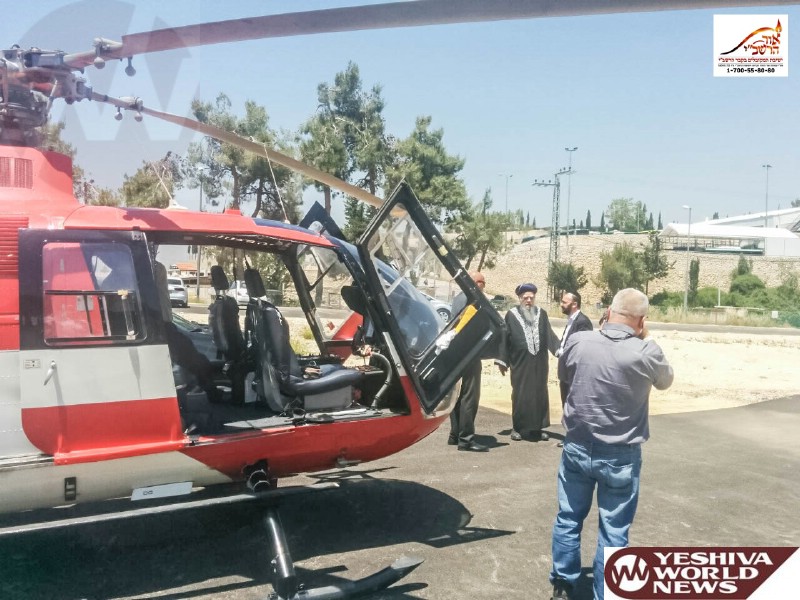 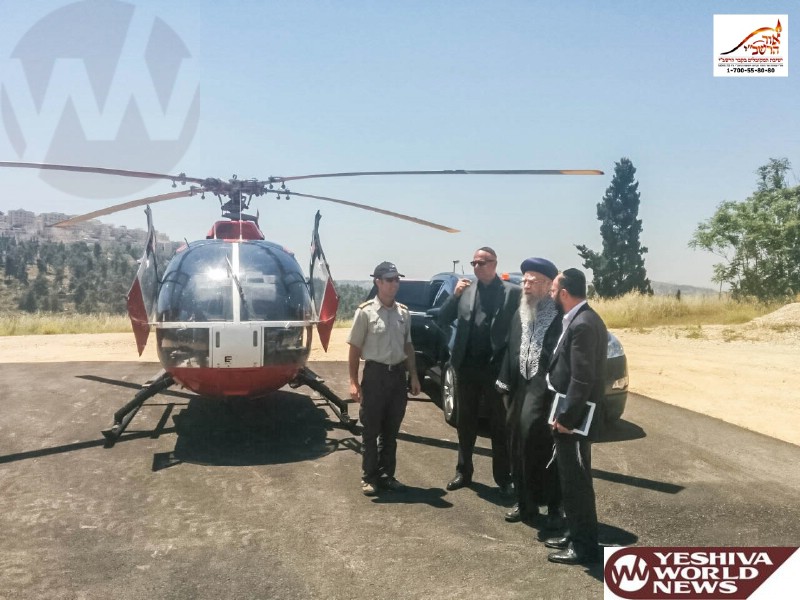 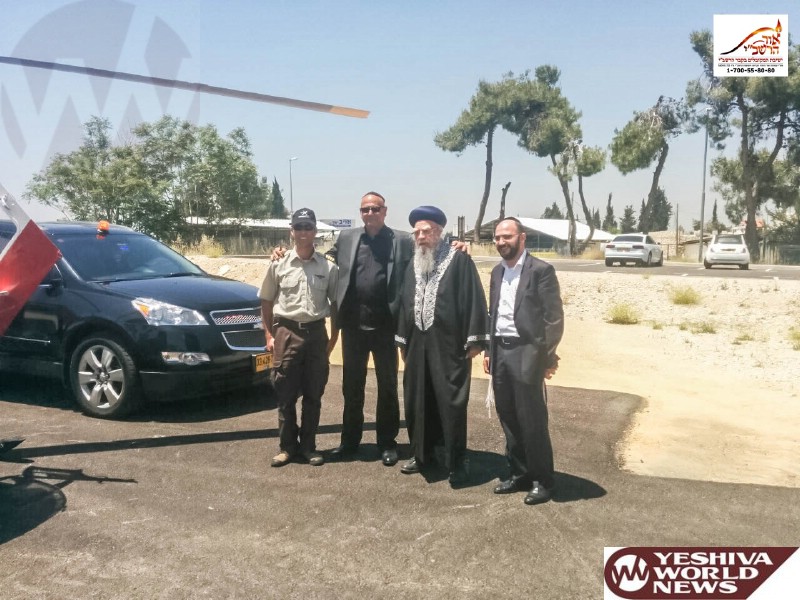 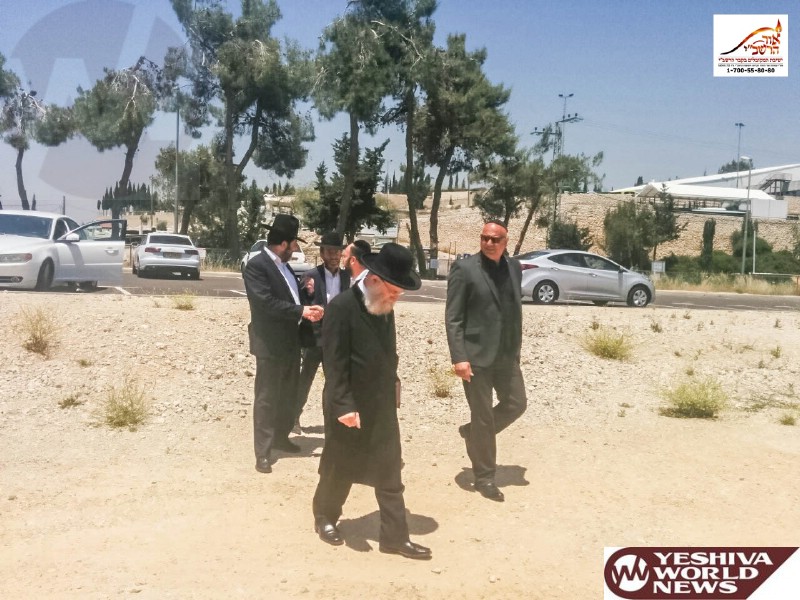 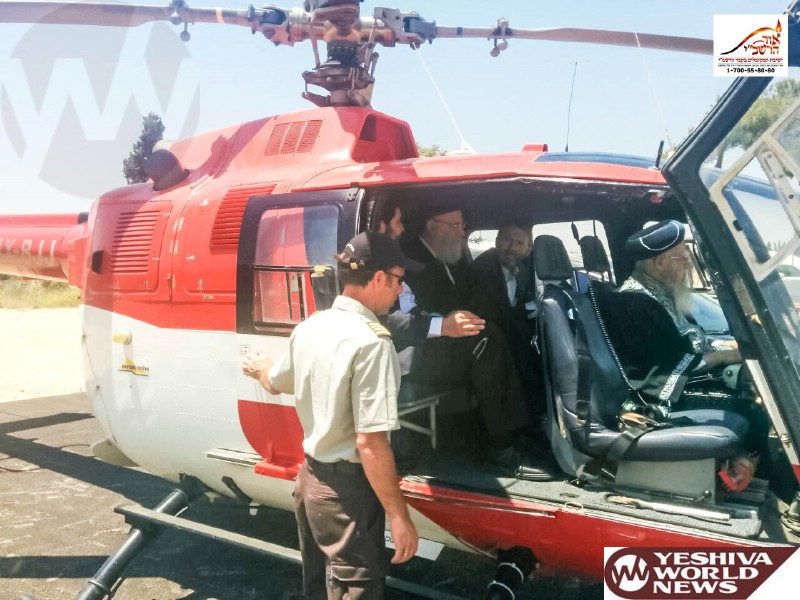 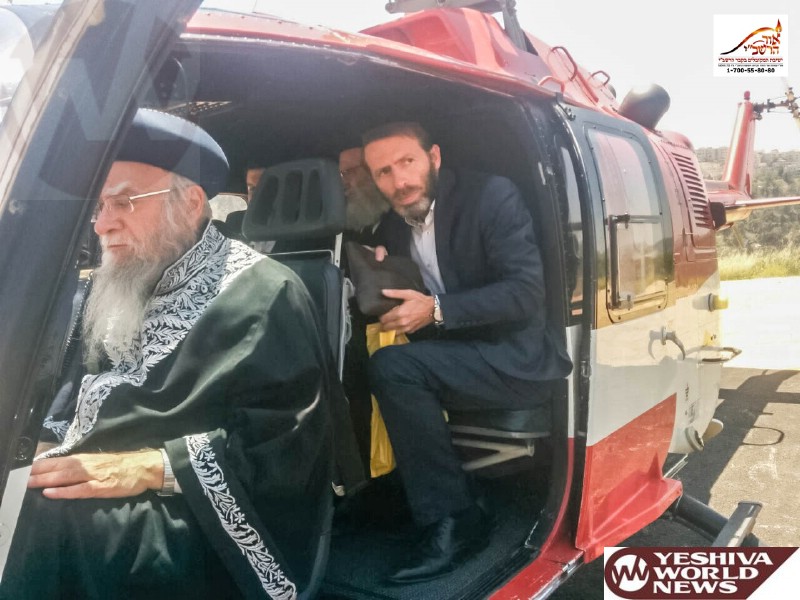 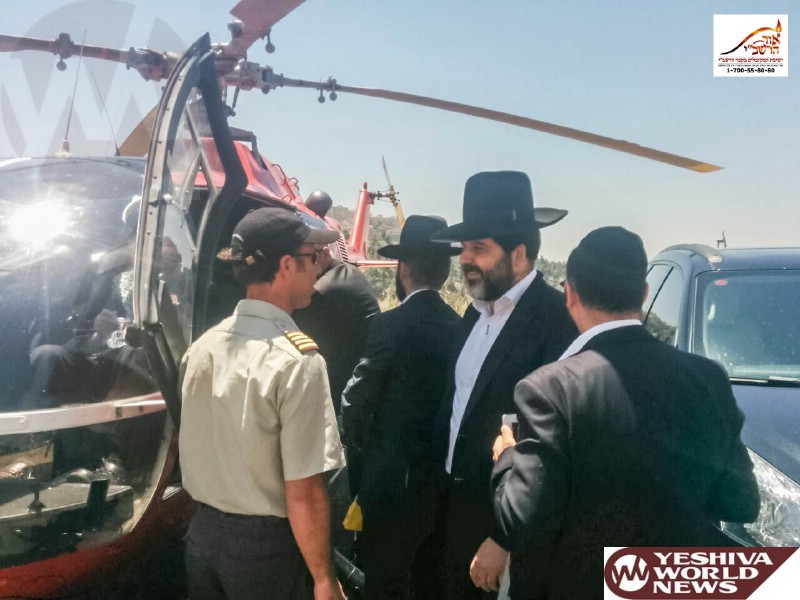 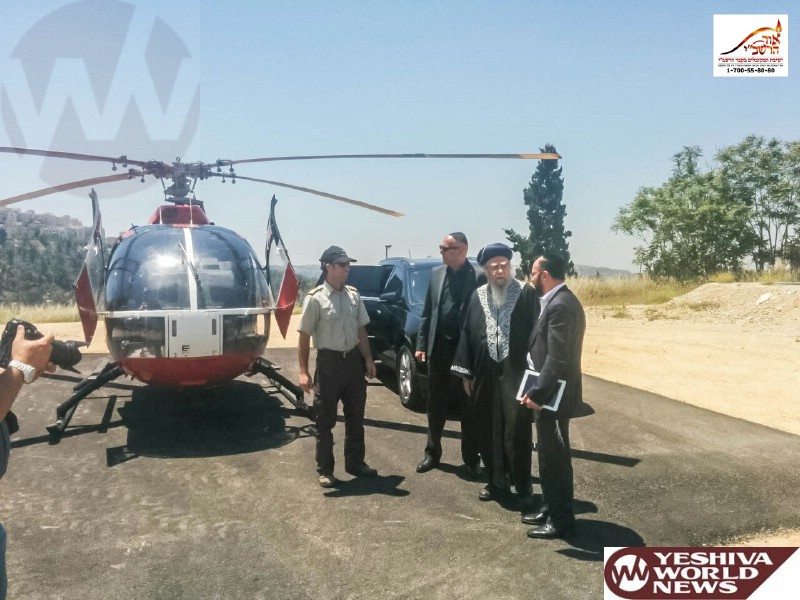