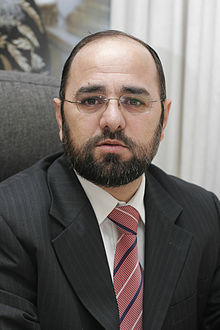 Former Shas party Minister of Religious Services Yaakov Margi is not interested in going another round in the same position. Speaking to Kikar Shabbos News, Margi explained that he implemented reforms and covered the deficit that existed in the ministry when he took over. Deri is considering Margi as the deputy minister for the ministry, which he himself will head officially. He explained to Kikar that he is not interested in the post.

In his comments on the party’s coalition agreement with Likud, Margi explained that the agreement is a good one as the party negotiated a good deal. “We have work for the coming four years” he explained, “and it is our tefilla the coalition will be stable and we hope the prime minister will be able to enlarge it, which will contribute to its stability so we don’t find ourselves facing new elections again in a year and a half”.

Margi explained that bottom line, whatever position the party’s rabbonim decide is for him he will accept and perform to the best of his abilities.