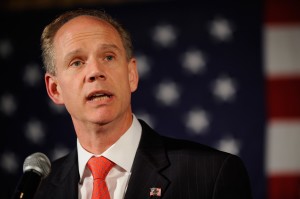 Republican Dan Donovan has been sworn in as the House’s newest member, replacing a New York congressman who quit after pleading guilty to tax fraud.

As the prosecutor for New York City’s Staten Island, Donovan attracted national attention last year for his role in the Eric Garner case. Donovan impaneled a grand jury that declined to indict a white police officer who placed Garner, an unarmed black man, in a fatal chokehold.

The 58-year-old Donovan will represent Staten Island and a small piece of Brooklyn. He’s the only Republican representing New York City in Congress.

He fills a vacancy created in January when Republican Michael Grimm resigned following his guilty plea.