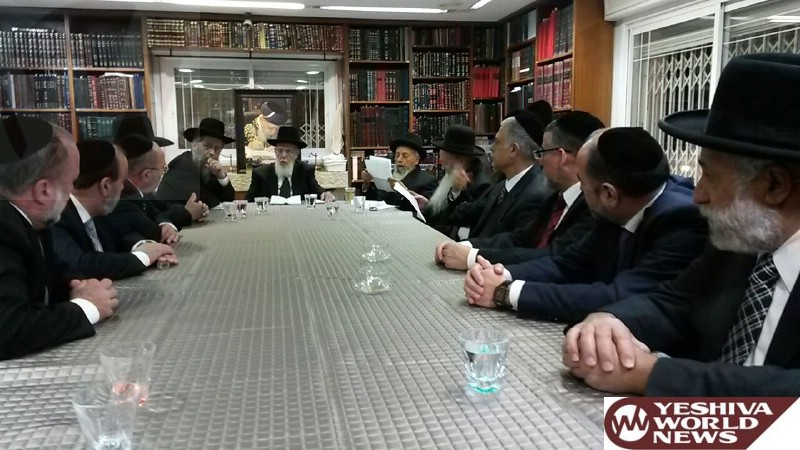 The Shas Council of Torah Sages is scheduled to convene on Wednesday, 24 Iyar at which time the rabbonim will announce their selection for the party’s ministerial posts and other positions.

The coalition agreement places a number of ministries in Shas’ control, including Economy, Galil & Negev Development, and Religious Services. Shas will also have a deputy minister in the treasury, a deputy minister, a deputy Knesset speaker for half of the 4-year tenure and a chairman of a Knesset committee. These appointments must be announced by the Torah council.

It appears that Deri will be the Minister of the Economy as well as Galil & Negev Development. The problem surrounds the Ministry of Religious Services, which no one seems to want. Number two on the party list, Yitzchak Cohen, leads for the position. He told Deri last week he does not want the post but prefers the placement in the treasury. Yaakov Margi, who served as Minister of Religious Services in the past has also signaled he does not want to return. He prefers to become the chairman of the Knesset Education Committee, a post that Meshulam Nahari wants too.