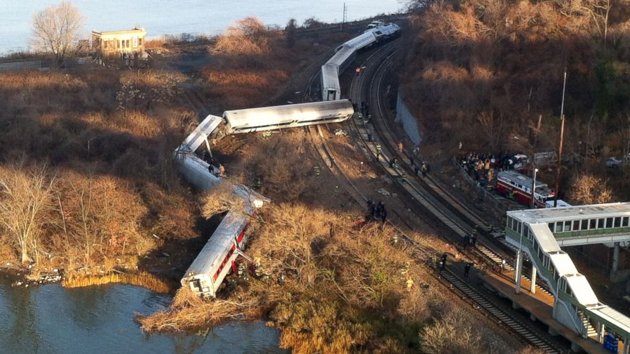 Prosecutors say the engineer who fell asleep at the controls of a commuter train that derailed in New York City in 2013, killing four people, will not face criminal charges.

A spokeswoman said Thursday that Bronx District Attorney Robert Johnson made the decision several months ago. She said he found no criminality.

The National Transportation Safety Board says engineer William Rockefeller fell asleep due to the combination of a sleep disorder and a drastic shift in his work schedule. It says it caused him to miss a 30 mph speed limit and hit a curve at 82 mph.

Meanwhile, investigators are trying to determine why an Amtrak train that crashed in Philadelphia Tuesday, killing seven people, was careening through the city at 106 mph before it ran off the rails.