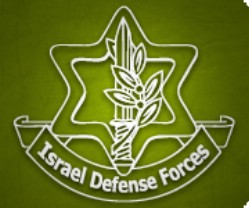 Israel Radio military correspondent Carmela Menashe reported that an IDF lone soldier arrived at his base with a ham sandwich, which he offered to share with some of his friends. When the incident was made known to commander, the soldier was sentenced to 11 days lockup. After Menashe intervened on behalf of the soldier, his sentenced was reduced from jail time to being restricted to his base without leave. Following Menashe’s intervention, the IDF Spokesman became involved.

IDF Spokesman Brigadier-General Moti Almoz stated “Regarding the soldier who was punished for bringing a non-kosher sandwich to a base, the bottom line is we erred”. Almoz explained that from the IDF’s point of view, he was in violation of General Staff regulations prohibiting one from brining non-kosher food to an IDF base.

“The IDF will continue to maintain its standard of kashrus on the one hand, but we will not probe a soldier’s sandwich on the other hand. There is a tensions in Israeli society along with different attitude and opinions. The IDF has room for everyone. The punishment meted out to the soldier was canceled and he will be released to his home along with his colleagues in the squad commanders’ course”.

The soldier’s mom, Ms. Osnat Levy who lives in Boston, USA commented. She explains the soldier’s grandmother who lives on a kibbutz made the sandwich for him. She is outraged, explaining her son came to Israel to serve in the IDF and he is imprisoned for a sandwich. She feels her son the soldier, Ehud, “could spend his time better than he is. His younger brother who just completed school will not enlist”. She explains her son is aware of kashrus regulations and what happened was simply an oversight, not an intentional act.

“It is not easy being a lone soldier. In my opinion. This happened because he is unfamiliar with Israeli culture” mom added.

Post News adds the IDF Chief Rabbinate visited the base and determined the soldier may have treifed up some vessels, deciding to kasher the base kitchen again. The IDF Rabbinate is quoted saying it is surprised the military preferred to bend under public pressure in this case rather than upholding regulations, adding every soldier is aware of the General Staff regulations, especially those in a commander’s course.