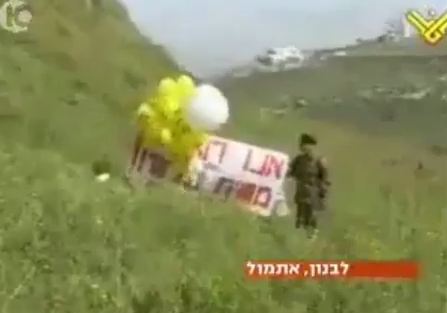 A number of Chabad Chassidim in northern Israel made a large “we want Moshiach now” poster and attached it to balloons, which they intended to fly in the air.

According to the Channel 10 News video, balloon message crossed the border and landed in Hizbullah terror-country in southern Lebanon. The video seen was taken from Hizbullah TV in Lebanon showing the banner and attached balloons.