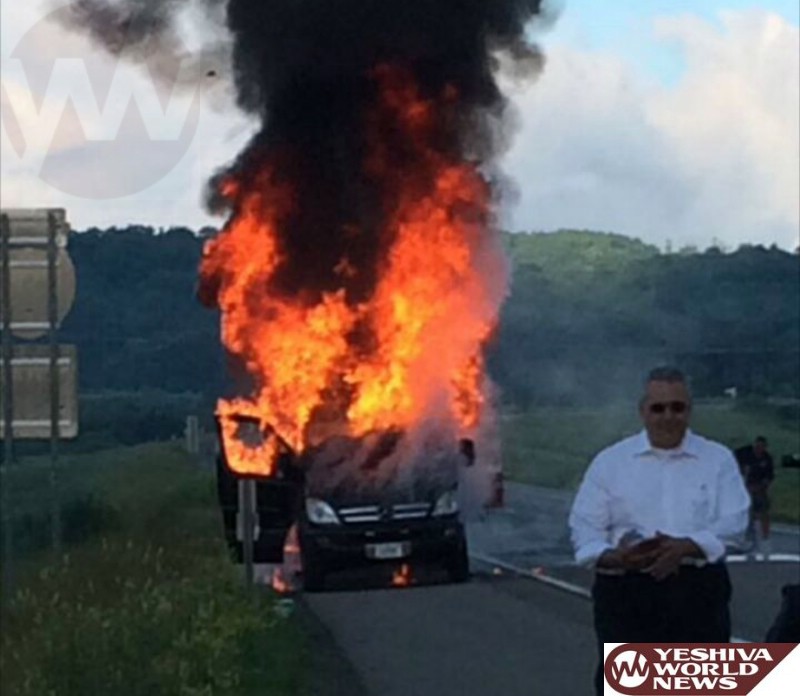 They lost everything – even their Tefillin – but Bichasdei Hashem no one was injured in this incident.

Sources tell YWN that a group of 12 boys from Cleveland were headed to the Catskills, reportedly to Camp Kaylie. Around two hours after leaving Cleveland they smelled gas in the vehicle. The vehicle stopped a few times to check things, and then proceeded again. The smell grew stronger so the driver stopped and ordered everyone out of the vehicle. Moments later the vehicle literally turned into a fireball.

All their possessions they were travelling with to camp were destroyed including pairs Tefillin, but the group of boys have nothing but thanks to Hashem for sparing their lives.