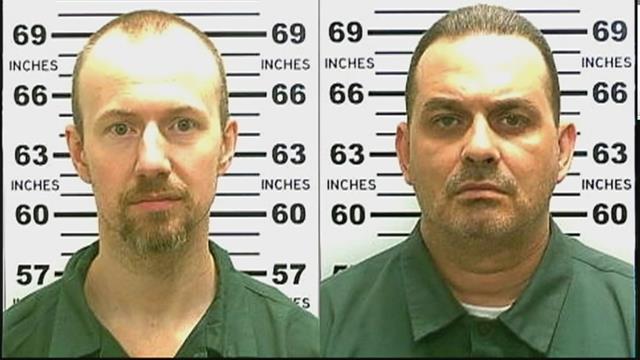 New York’s U.S. Sen. Charles Schumer says at least one of the two killers who escaped from an upstate maximum-security prison was armed when they were tracked by dogs and one was killed.

He says, “There was shooting heard in the woods.”

Richard Matt was killed Friday by a federal border patrol agent from Vermont.

David Sweat is still on the loose. Police looking for Sweat are trucking floodlights into a heavily wooded area in Malone where they believe he’s hiding and where Matt was killed. The site is about 30 miles from the Clinton Correctional Facility in Dannemora, where the inmates escaped June 6.

A prison guard and a prison tailor shop instructor have been accused of helping the inmates escape by smuggling them tools hidden inside hamburger meat.