11:03 IL: An Israeli was wounded in a stabbing attack at the IDF checkpoint in southern Jerusalem near Kever Rochel. Additional information to follow.

11:07: An IDF female soldier was wounded in the attack, reportedly in moderate condition. MDA reports paramedics are treating the victim on the scene.

11:09: The victim was injured in her upper torso. She is conscious and alert.

11:12: The terrorist, a female, has been taken into custody.

11:14: A female terrorist approached the military checkpoint, pulled a knife and attacked an IDF policewoman. The victim sustained moderate injuries to her hand, leg and neck. She is being transported by paramedics to the trauma unit of Hadassah Ein Kerem Hospital. As reported earlier, the terrorist is in custody.

11:38: The condition of the wounded soldier has deteriorated and she is now listed in serious condition. 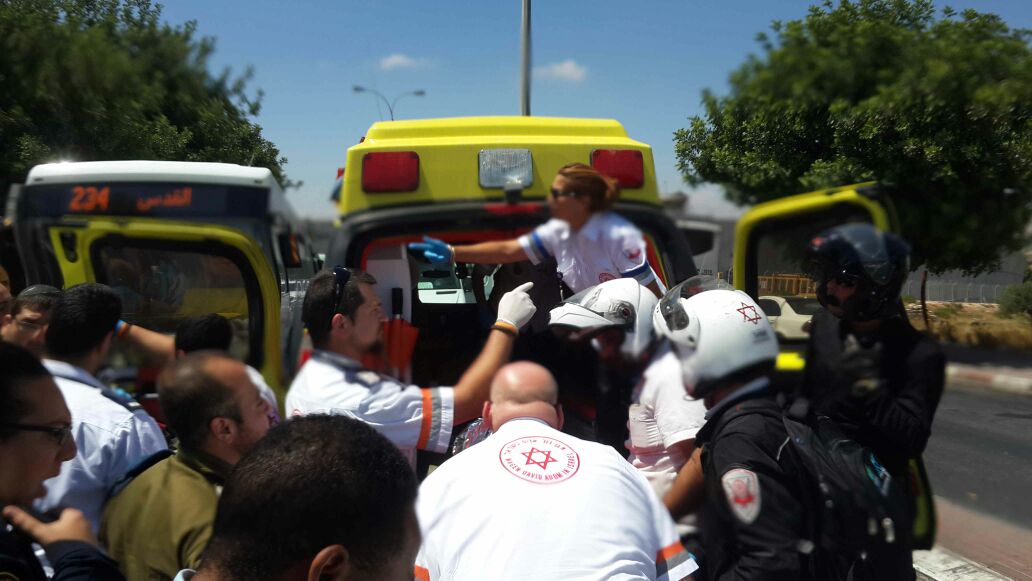